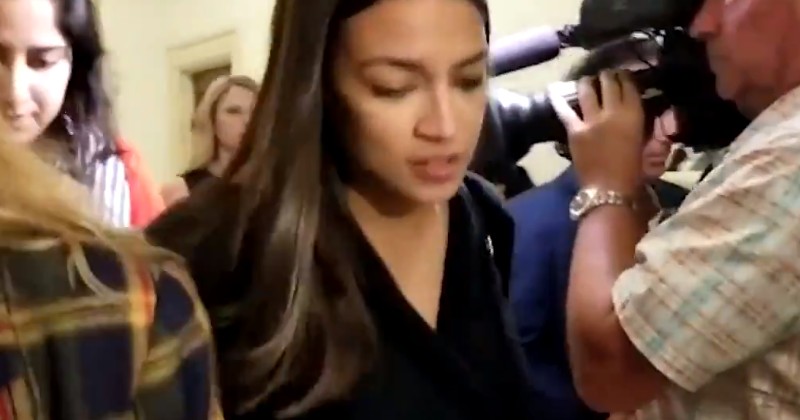 Alexandria Ocasio-Cortez refused to condemn an Antifa terrorist attack on an ICE facility despite the terrorist invoking her “concentration camp” rhetoric in his own manifesto.

Van Spronsen was subsequently celebrated by some on the far-left and a copy of his manifesto emerged in which he stated, “I am Antifa” and said the attack was a protest against the establishment of “concentration camps” in the United States.

When asked by a Rebel Media reporter earlier today whether she would condemn the attack, AOC refused to explicitly condemn it, saying only that she would make a statement about the incident later.

BREAKING: Ocasio-Cortez refuses to condemn the far-left terrorist attack on the ICE facility in Tacoma, Washington

The terrorist used Ocasio-Cortez's rhetoric in his manifesto pic.twitter.com/t1priIPAiW

“It’s easy to condemn a terrorist attack,” responded the reporter.

“They firebombed an American facility, will you condemn them?” pressed the reporter.

He then asked AOC if she felt any “responsibility” for the attack given that the terrorist invoked her “concentration camp” claim in his manifesto.

“Are you responsible? Do you feel ashamed?” asked the reporter, as AOC walked away.

As we reported earlier, CNN also refused to comment after it was revealed that Van Spronsen had appeared in one of their broadcasts during which the group he was a member of was described as the “good guys”.

In a subsequent exchange, Rep. Ilhan Omar also refused to condemn the attack.