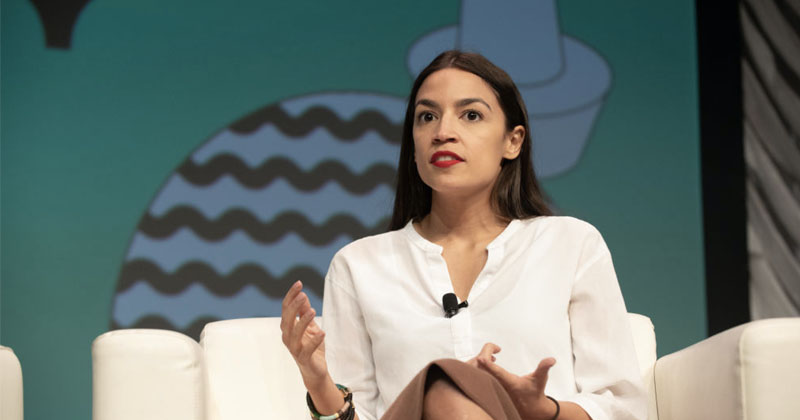 Speaking at a NAACP forum on Friday, Ocasio-Cortez praised her radical Green New Deal proposal, a socialist overhaul disguised a climate change measure that would cost over $93 trillion, according to economic experts.

“We need to be realistic about the problem,” she added.

This insane rhetoric is par for the course for the New York congresswoman, who had also said in January that “the world was going to end in 12 years if we don’t address climate change.”

“I think that the part of it that is generational is that millennials and Gen-Z and all these folks that come after us are looking up and we’re like, ‘the world is going to end in 12 years if we don’t address climate change and your biggest issue is–your biggest issue is ‘how are we going to pay for it?’” Ocasio-Cortez said. “And, like, this is the war–this is our World War II.”

The Green New Deal proposal was soundly rejected in the Senate last spring by 0-57, with 43 Democrat senators voting “present,” including some of the Democrat 2020 candidates like Kamala Harris (Calif.) and Bernie Sanders.

Hotep & Harrison discuss how AOC does not realize what she is in store for as she begins her term in office.