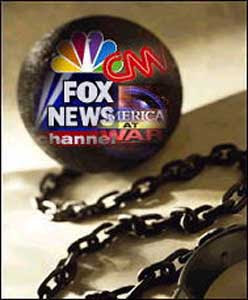 David Knowles writes: “When it comes to whipping the Internet into a frenzy of anxiety, nobody does the job better than radio talk show host Alex Jones.”

The idea, as Prison Planet puts it, is to spread “the truth by forcing these issues into public view.” Just how true Jones’ stories actually are, of course, is a matter of debate, though it behooves Surge Desk to remind readers that the grandiose conclusions about global conspiracies his writers reach are well, a bit out there, to say the least.

Knowles tries to lampoon Jones for his ‘out there’ material, flaunting his favorite “highlights” from the Greatest Google Trends Hits, as his article titles it. The problem is that each of these articles– for anyone who clicked on the link and actually read the stories– was marked with links to supporting documentation and clear basis for otherwise wild-sounding conspiratorial claims. In the case of “huge explosions,” the term directly referenced newly emerged eyewitness video testimony from fire fighters who heard explosions directly prior to the collapse of the twin towers. This compelling video is then backed up with numerous clips of other corresponding accounts.

Knowles is simply asinine in suggesting that Jones’ terms are without basis, yet he fails to refute any of the evidence. In the case of “brain eating vaccines,” he attempts to convey the idea that the notion has been debunked by Jonah Lehrer at Wired Magazine. Lehrer’s presumed expertise does not hold though, and Knowles fails to acknowledge the heavily-documented rebuttle posted by Paul Joseph Watson. Besides, if there were even a small chance that these claims were true- that a vast medical malpractice could be endangering the lives and health of our population– would you want assuming information outlets to dismiss any coverage or questions and smile while reassuring you that all is well?

Alex has essentially been accused of manipulating the Google Trends to receive undue exposure, all the while stirring “anxiety” online. In fact, the micro-facet of exposure that has come from the Google Trends activism is just an example of the larger trend of exposure demonstrated by accelerating web-and-radio numbers. That Alex Jones would receive such a response is expected given the current political climate, the consistency and persistence of his message and the growing importance and pervasiveness of the Internet-based alternative news media.

Both Infowars.com, to date ranked as #2476 on the web, and PrisonPlanet.com, at #5623, have steadily gained in their overall trends. The reach of these sites, and the legitimization of their alternative news content, is coupled with the larger growing trend of alternative news on the web as a viable source of information. The Internet is itself playing a pivotal role in contemporary society– the old print media has essentially collapsed. Classic journalists bemoaned the fact that they have to compete with bloggers ‘sitting in their underwear.’ Television, the most pervasive and radical technology of the 20th Century, has been supplanted by the impact of computers. A major Gallup poll found American distrust of the media at an all time high. The fact that the major TV news outlets have routinely mischaracterized tea party groups, Ron Paul supporters, third party candidates, 2nd Amendment activists, tax protestors, 9/11 truthers and other groups as dangerous, potentially extremist or “terrorist” groups or the like is another major reason why the People have simply stopped trusting the media altogether. AOL News’ First the marque news anchors of the big three networks lost audience to new cable news networks, challenged by the growth of cable and satellites. Rupert Murdoch, whose Fox rapidly became a fourth main network, and Ted Turner, whose CNN was the first-ever 24 hour news channel, were the newest Media Moguls, and relevant in shifting the political media message in the Technetronic Age. Now, in the 21st Century, the American Empire has lost credibility, and TV news anchors have lost their audience numbers and their audiences are older (different consumer models). As the rise of the Internet has shifted to both spread suppressed information rapidly and to give new outlets to those seeking to speak outside the practiced standards of establishment media.

So it is that Alex Jones makes ripples and gains media exposure. The fact that the Google Trends ‘greatest hits’ have been a proactive demonstration of our audience size rather than a passive reflection of clicks & views should not irk Knowles. It is the larger trend that people sense intuitively that officials in government and talking heads on TV are simply not telling the truth that really counts. The People sense that the establishment has lied repeatedly to hold onto power and controls information to prevent an informed population. Infowars.com is simply a reflection of that.

The shift towards Internet media is more than just a technology trend, it is part of the larger trend of questioning government, seeking greater participation and accountability in government and attempting to correct its wrong attitudes. In that way, this Google Trends has been a very minor rebellion against the establishment’s attempt to control our news and information through their propaganda matrix. While most “natural” Google Trends reflect the fact that celebrity gossip, sports news, trivia and value subversion is forced upon us by the prevailing system, spiking the trends is a harmless reminder that there is a wide and influential audience who know about at least some of the real issues that are going on and are willing to fight for the truth.

—————–
Aaron Dykes is a frequent writer for Infowars.com and is the webmaster for JonesReport.com. He is also a videographer, researcher and editor who has worked on numerous documentaries and videos reports. His background includes a bachelor’s degree from the University of Texas at Austin in government as well radio-television-film.