My reaction to the Arizona State law aimed at curtailing the endless flood of illegals crossing that state’s southern border, was initially one of apprehension — upon further reflection however, if this law were well crafted and properly implemented it would not only be constitutionally sound, but it would force the federal government to enforce it’s Article IV, section 4 constitutional mandate. That mandate being, “… The United States shall guarantee to every State in this Union a Republican Form of Government, and shall protect each of them against Invasion; …” This type of legislation by states would push the federal government to act on their long neglected responsibility, the enforcement of US border law.

However, the true federal intent was glimpsed recently in a series of news conferences and speeches, including one before Congress by Mexican President Felipe Calderon where he attacked Arizona’s decision to enforce immigration policy.  He also called upon our nation’s lawmakers to re-enact the so-called “assault weapons” ban in a bid to disarm the American people, as we are being forcibly integrated into the North American Union system. This amounts to nothing more than a take-over by foreign demographic relocation, and attempted Constitution tampering.

In a joint press conference on May 19, from the White House lawn, President Obama showing no qualm, unconstitutionally voiced support for Calderon’s message by proclaiming, “We are not defined by our borders,” a direct swipe at the Article IV clause and national sovereignty. In answer from the House floor, Rep. Tom McClintock of California said Calderon should, “Abide by the fundamental rules of diplomacy between civilized nations not to meddle in each other’s domestic debates.”

McClintock continued by saying, “Unlike Mexico’s immigration law — which is brutally exclusionary — the purpose of America’s law is NOT to keep people out. It is to assure that as people come to the United States, they do so with the intention of becoming Americans and of raising their children as Americans. Unlike Mexico, our nation embraces legal immigration and what makes that possible is assimilation.”

McClintock points out how far we have strayed in our border policy, the almost preferential treatment of illegals country wide, and the fact that many illegal immigrants see themselves as “re-claimers.” They subscribe to a racist liberation philosophy, not to assimilate as US Americans but to make the US into Mexico.

McClintock quoted President Theodore Roosevelt’s explanation of proper immigration policy, “In the first place, we should insist that if the immigrant who comes here in good faith becomes an American and assimilates himself to us, he shall be treated on an exact equality with everyone else, for it is an outrage to discriminate against any such man because of creed, or birthplace, or origin. But this is predicated upon the person’s becoming in every facet an American, and nothing but an American… There can be no divided allegiance here. Any man who says he is an American, but something else also, isn’t an American at all.”

This issue is being used as fuel for “divide and conquer” tactics, that only require a quick look at the Constitution to resolve. Instead however, being mostly Constitution illiterate, it leads people into fighting one another rather than fighting together in maintaining our constitutional laws of Liberty and Inalienable Rights for all.

Other border and coastal states, should look closely at this Arizona Law. It may be the only way to force the government back into Constitutional line. The federal government should abide by the Constitution, or they should show their true colors — any guesses what those colors may be? 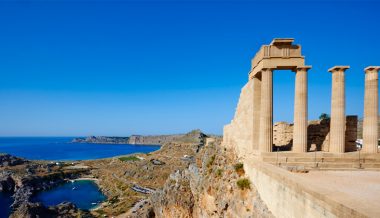 Chinese Companies Hoarded Other Nations’ Medical Supplies During Outbreak, Flew Them to China