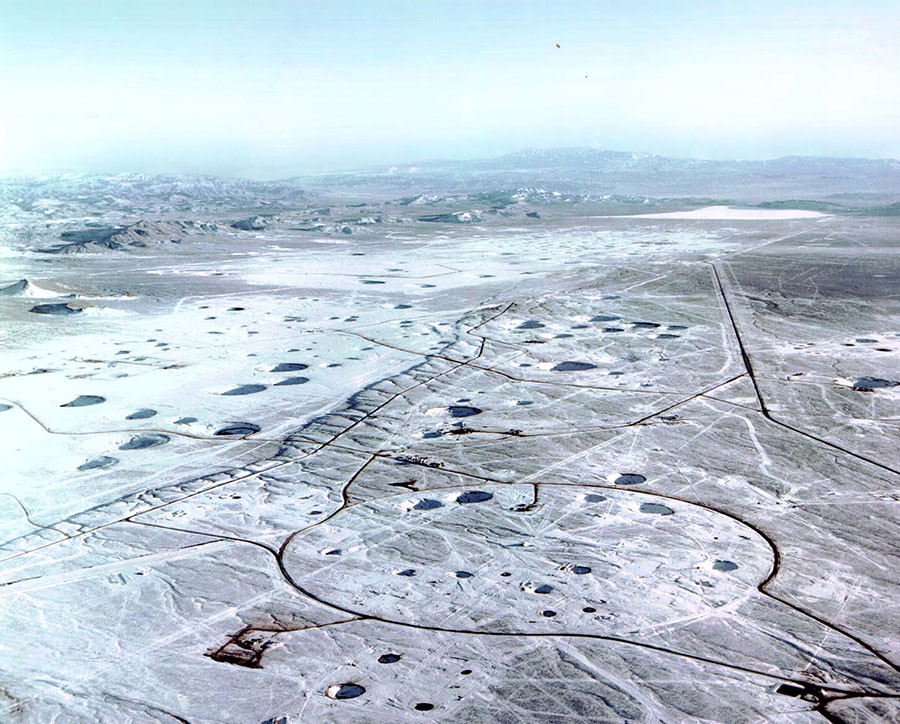 The scorched moonscape of Nevada’s former nuclear test site will be used for drone radiation detection trials, as the US ramps up an emergency response program in case of a Fukushima-like meltdown or attack on its territory.

Two ‘Sandstorm’ drones will be tested at the site for operation in the event of large scale nuclear contamination.

The news brings the purpose of the 1,351 square mile (3,500 sq km) desert test site almost full circle: the US military began above-ground experiments there in the 1950s, using catastrophic nuclear weaponry such as the bombs dropped on Japan during World War II.

In January 1951 the first nuke was dropped on the desert’s Frenchman Flat area, paving the way for an era of hazardous experiments that would expose workers and nearby inhabitants to harmful radiation.

The atomic bomb explosions could be seen more than 65 miles (104 km) away in Las Vegas, and some areas of the site are still radioactive because of the scale of testing.

It has since rebranded as a tourist location and site for emergency response mission training, and now the US government is hoping the former nuclear target practice site will help the development of its nuclear response tech.

According to Unmanned Systems Inc, makers of the remote controlled flying robots, the Sandstorm incorporates electric and jet powered drone technology “at a fraction of the cost”.

The 15ft wingspan craft can reach heights of around 6,000ft (1,829 meters) in altitude and could be fitted with radiological remote sensors to detect contamination levels without putting people in harm’s way.

“This is a huge opportunity – a real game changer for the NNSS,” president of NSTec, Jim Holt said in a statement.

He said the drones can be deployed in situations, like nuclear disasters, “where manned aircraft may not be used safely.”

“These small aerial platforms can be used at the NNSS for sensor development, as well as site security, environmental monitoring, radiological remote sensing and national security applications.”

Seven members of the NNSS team look set to be trained how to use the devices, which the Federal Aviation Authority insist must be flown by licensed pilots.

Testing is scheduled for later this year, a move which drone manager for National Security Technologies, Karen McCall, has called a “big step forward”.

“In a few years, we will look back and realize how we have expanded our national mission. We are looking at a multi-modal approach for data fusion of a variety of sensor technologies from radiological, imagery, and other interesting remote sensing systems,” she said.