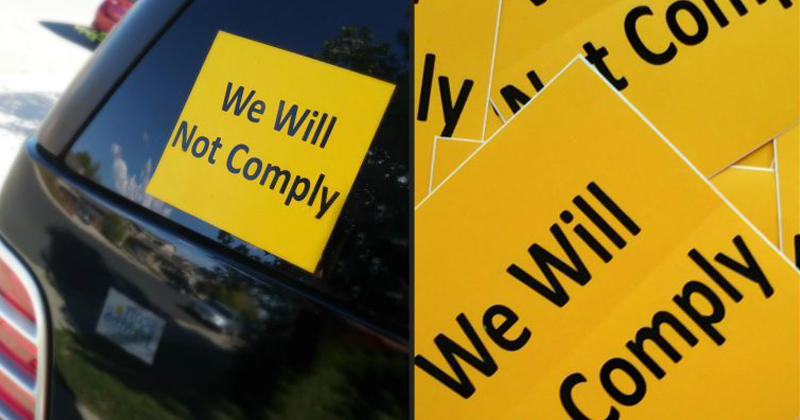 Liberal hippies who happen to be gun owners are leading the resistance against a new gun ban in Boulder, Colorado.

The city banned the possession and sale of numerous semi-automatic firearms back in June and is now demanding residents who owned such weapons prior to the ordinance to “certify” their guns with the police department.

However, many of Boulder’s gun owners are Democrats who are refusing to comply.

Prior to the ordinance, activists hosted well-attended gun rallies in Boulder, such as this one:

“I would say the majority of people I’ve talked to just aren’t complying because most people see this as a registry,” Lesley Hollywood, a Colorado gun rights activist, told the Washington Times. “Boulder actually has a very strong firearms community.”

And Boulder is one of the most liberal cities in Colorado.

Residents had until Dec. 31 to comply, but since there’s been a spate of cars driving around Boulder with “We Will Not Comply” stickers produced by Hollywood’s group, Rally For Our Rights.

“The firearms community in Boulder — they may be Democrats but they love their firearms,” Hollywood added.