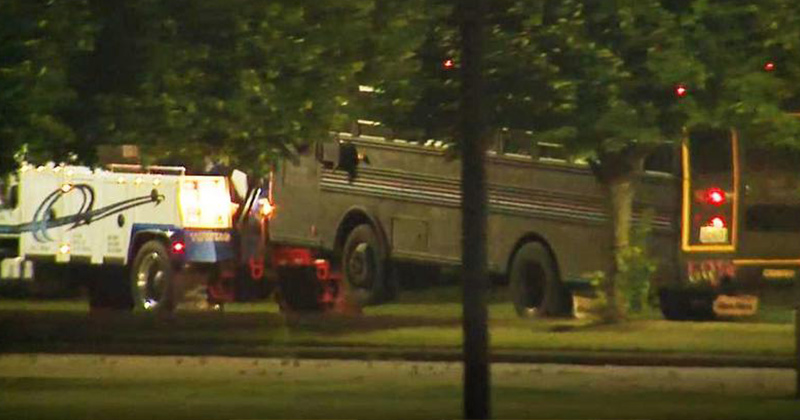 Police in Kenosha, Wisconsin arrested nine individuals on Wednesday evening on charges of disorderly conduct after stopping several ‘suspicious vehicles with out-of-state plates’ and suspecting the occupants of “preparing for criminal activity related to the civil unrest,” according to Fox29 Philadelphia.

Several other charges are pending, according to the Kenosha County DA.

The suspects were driving three vehicles; a black school bus, a bread truck and a tan minivan.

Police said this began with a citizen tip that the vehicles planned to meet in a remote lot near State Highway 50 and Green Bay Road,

Officers began surveilling the vehicles after locating them, assisted by U.S. Marshals — and confirmed the out-of-state plates.

Police said officers followed them to a gas station near Washington Road and 30th Avenue, where officers observed the occupants of the bus and bread truck exit and attempt to fill multiple fuel cans. –Fox29

Understandably, officers then suspected “that the occupants of these vehicles were preparing for criminal activity related to the civil unrest,” after which they attempted to make contact and investigate the incident.

The police noted that “the officers exited their vehicles, identified themselves, were wearing appropriate identification and then detained the occupants of the bus and bread truck.”

As officers closed in, the driver of the minivan attempted to pull away, but was stopped by police who forced an entry into the vehicle and arrested the occupants.