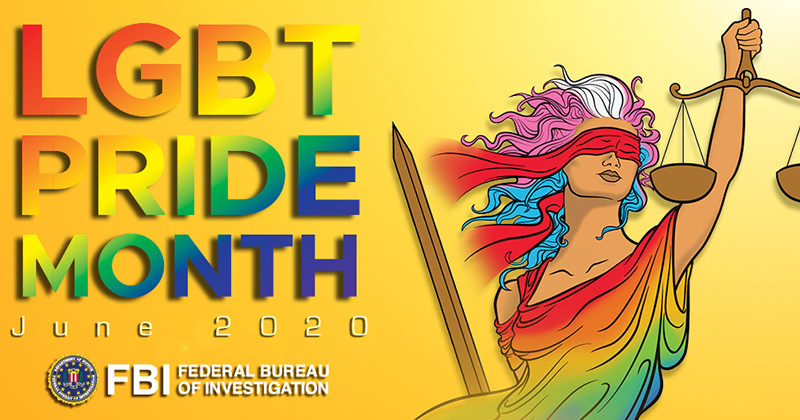 As race riots continue to ravage Minneapolis, Chicago, New York, and countless other cities within the United States, the Federal Bureau of Investigation took to Twitter Monday to remind the populace that the agency’s top priority is celebrating “the contributions that our colleagues have made to our country and our mission.”

The federal government has been notably slow to engage with the issue of racially fueled violence and rioting that has set swaths of the nation’s capitol city on fire and driven the President into an underground bunker, but the FBI thinks citizens can find hope amidst the chaos with the phrase “diversity makes us stronger.”

Owen discusses the Democrats’ kids who are supporting antifa and participating in the riots.

“At the FBI, we know that diversity makes us stronger. During #PrideMonth, the FBI celebrates the contributions that our #LGBT colleagues have made to our country and our mission,” the official FBI Twitter account tweeted, accompanied by an image of Lady Justice with multicolored hair and wearing rainbow-colored raiment.

At the FBI, we know that diversity makes us stronger. During #PrideMonth, the FBI celebrates the contributions that our #LGBT colleagues have made to our country and our mission. pic.twitter.com/SqLY732mpa

YOU SHOULD BE REASSURING THE AMERICAN PUBLIC THAT YOU ARE HUNTING DOWN THE ANARCHISTS MANIPULATING THE PUBLIC AND DESTROYING OUR CITIES!

World : America burns because of antifa

“Diversity is our strength” gtfo pic.twitter.com/QH2VReuda9

You're destroying the country https://t.co/z5GmTPTIyn

No reports of the FBI using its massive resources to help quell the rioting have surfaced as of yet.

One thing the FBI is absolutely willing to clamp down on is activists who believe it’s okay to be a white person, as National File reported last December:

The Oklahoma City University police manhunt that went viral after being reported on by National File in October resulted in the expulsion and police interrogation of a student activist on Dec. 9.

Federal law prevented the student from being doxxed by university officials.

OCU Police director Bill Citty explained his reasoning for the Orwellian police investigation: “The reason you look into those types of things is you want to make sure the individual is not a threat to other students.”

Citty did not explain how “it’s OK to be white” could possibly be a “threat” to students.

The OCU police department reportedly partnered with the FBI’s Joint Terrorism Task Force to locate and interrogate the student activist.