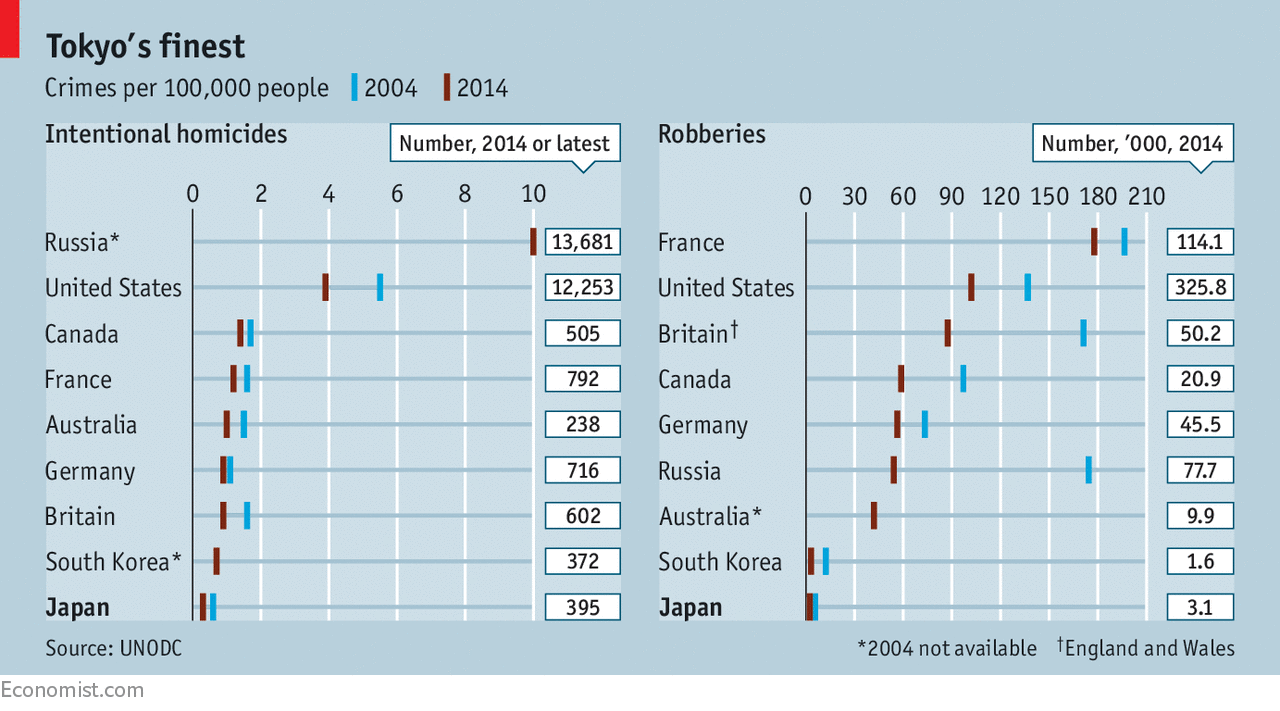 THE stake-out lasted a week, but it paid off in the end. The tireless police of Kagoshima, a sleepy city in the far south of the country, watched the unlocked car day and night. It was parked outside a supermarket, and contained a case of malt beer. Finally, a passing middle-aged man decided to help himself. Five policemen instantly pounced, nabbing one of the city’s few remaining law-breakers.

Japan’s cluttered streets are not always pretty but they are remarkably safe. Crime rates have been falling for 13 years. The murder rate of 0.3 per 100,000 people is among the lowest in the world; in America it is almost 4 (see chart). A single gun slaying was recorded for the whole of 2015. Even yakuza gangsters, once a potent criminal force, have been weakened by tougher laws and old age.

Yet, far from being pensioned off, the police are growing in numbers: beat cops, known colloquially as omawari-san (Mr Walk-around), are a fixture in most neighbourhoods. Japan has over 259,000 uniformed officers—15,000 more than a decade ago, when crime rates were far higher. The ratio of officers to population is very high, especially in Tokyo, home to the world’s biggest metropolitan police force—a quarter bigger than the one protecting New York.