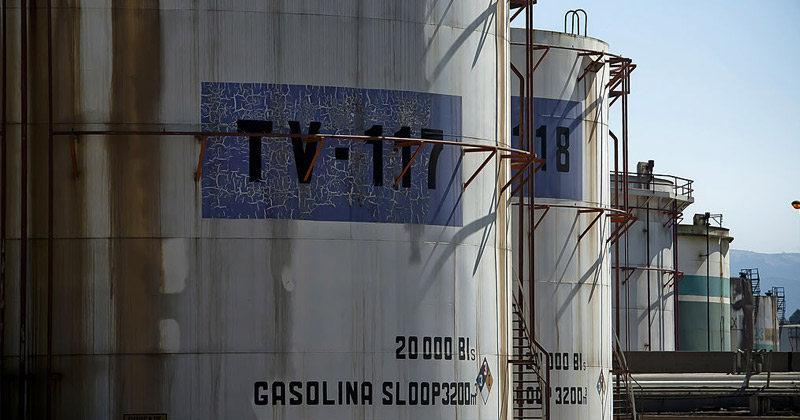 Although this was an aberration due to the global downturn amid the COVID-19 pandemic and in the following days the prices “recovered” to $10 per barrel, it’s clear that the old days of the oil bonanza (when corrupt governments could count on prices of up to $100 per barrel to finance their regimes), are gone for good. In the coming years, the corporations that survive in the oil business will be those with modern equipment, good administration, and a strong culture of innovation. Mexico’s PEMEX lacks all three.

Petróleos Mexicanos (Mexican Petroleum, or PEMEX), an oil company wholly owned by the Mexican government since 1939, has become a nationwide symbol of corruption and is one of the most indebted and inefficient in the entire world. Despite the supposed government efforts to rescue the company, PEMEX’s debt doubled last year, skyrocketing from $9.575 billion in 2018 to $18.367 billion in 2019—and then to nearly $22 billion in the first quarter of 2020. It’s a dead man walking, with infrastructure so outdated that in February 2020 their output of gasoline fell by 24 percent, the production of diesel fell 36 percent, and its oil exports plummeted 32 percent. Meanwhile, the company keeps digging its grave with an $8 billion “investment” in a new refinery in Dos Bocas (in the state of Tabasco) a project that almost the entire industry sees with skepticism because of the environmental damage and the high propensity of flooding in the area. With this kind of background, its no surprise that even before the vaudeville of April 20 two of the three major rating agencies (Moody’s and Fitch) had downgraded PEMEX to junk bond level and that an eventual bankruptcy is virtually certain.

So, let’s summarize: PEMEX is a company on its deathbed, with unsurmountable levels of debt, almost collapsed infrastructure, a bleak history of corruption, near zero chances of recovery, and a weight that threatens to drown the entire Mexican economy with it, potentially pushing the Mexican bonds into “speculative” territory. And all that was BEFORE the pandemic and the ensuing global recession. So, the diagnosis should be clear. The only rational way forward would be to prepare PEMEX for its bankruptcy, looking for possible investors or building a strategy to minimize the damages of the inevitable collapse. But no. That won’t happen.

Instead of laying it to rest in peace, the Mexican government has chosen to pour the few resources it still possesses into a delirious effort to bring the state company back from the dead and turn it into a cornerstone of the national economy. On April 2, President López Obrador took direct control of several trusts whose combined value nears $30 billion. The reason? To “invest” the money backing PEMEX (among other “priorities”). On April 21, he gave the company another $2.7 billion in the form of a tax cut.

The question is, Why? Of course, a big part of the mystery may be explained with Thomas Sowell’s famous aphorism: “It is hard to imagine a more stupid or more dangerous way of making decisions than by putting those decisions in the hands of people who pay no price for being wrong.” And yet there seems to be more to this story that the mere incompetence of a bunch of bureaucrats with nothing to lose on the gamble. Behind PEMEX’s tragedy and the government’s insistence on keeping it alive there’s more than irresponsibility. There is fanaticism.

This may be hard to believe for the American audiences, but down south in Mexico oil is far more than a commodity. It is almost sacred—a vital element in the worshipping of the state.

It began on March 18, 1939, when Mexico’s then socialist government decreed that all the local companies of the oil industry (mainly of American, British and Dutch origin) would be seized by the Mexican government to secure the “national dignity” and independence from those hated “foreign powers.” From there, the government created a Mexican version of the Soviet “Red Army myth,” only this time it was not about the communist soldiers pushing back the reactionaries in the Russian Civil War. It was about the Mexican workers stepping up to fill all the high-ranking jobs of the foreigners and turning PEMEX into a powerhouse through the sheer strength of their patriotism and the high intelligence of the Mexican workers, who—according to the myth—hitherto had been systematically discriminated against by the racist owners of the private companies.

That story was preached for decades. Even in the 1990s, and even in private Catholic schools (such as the ones I attended as a kid), every month of March was filled with references to the supposed heroism behind the seizure of the oil industry. Teachers would tell us, almost with tears in their eyes, about the little children who back in 1939 had given their piggy banks to President Cárdenas to help him pay for the expropriation.

So, the government successfully turned PEMEX first into a monopoly and then into a source of national pride and the pillar of the regime’s legitimacy. Crude oil exports became one of the anchors of the economy, and in the twentieth century the refineries were among the largest industrial projects of Mexico. The oil sacredness at the altar of the state reached its peak after the discovery of huge reserves in the Gulf of Mexico, which led President López ​Portillo to proclaim in the late 1970s that from then on Mexico’s challenge would be to “administer the abundance,” because PEMEX would single-handedly bring the country into the developed world.

But, as always happens, reality kicked back in. The supposed “abundance” turned into a huge economic crisis, and PEMEX’s labor union (el Sindicato de Trabajadores Petroleros), led by the notorious Joaquín Hernández Galicia, became a mob-like organization whose methods would have made Jimmy Hoffa blush. While the union’s leaders became moguls with the money and privileges granted by the government, the rank and file workers accumulated a series of “labor conquests” and benefits unheard of in the rest of the Mexican economy, drowning the company with overstaffing and wastefulness. Hernández Galicia was so powerful that in 1984 he was able to crush President De la Madrid into submission. He was arrested in 1989, but PEMEX and its union remained almost as corrupt. In 2000 the sindicato illegally financed the presidential campaign of the regime’s candidate, and in 2016 the company was directly involved in the multinational Odebrecht bribery scandal.

Of course, PEMEX’s corruption was not an isolated incident. All of the state-controlled businesses of the Mexican government (empresas paraestatales (parastatal companies), ranging from telephones to energy, banks, food distribution, and even alcoholic beverages) were walking disasters that had turned the country into a dystopian land of bureaucratic oppression. However, between the late 1980s and early 1990s, the government sold almost all of them and broke the state monopoly in industries such as banking, phone service, and railways. The only major exceptions were the electrical companies and PEMEX in the oil industry.

In 2013 the energy reform allowed a certain measure of private competition in the oil and gasoline businesses in Mexico, but even then PEMEX retained its position as the major player. Still, millions of Mexicans felt that this reform was tantamount to treason against the homeland, and current president López Obrador campaigned on the promise to eliminate it and return the state oil company to its former “glory.” He hasn’t repealed the reform—so far—but he has paused any further privatization, has officially proclaimed that protecting PEMEX is to “rescue the national sovereignty,” and his administration is pumping billions of dollars into what everyone out there knows its a lost cause.

That’s the power of the myths built by the state. Since 2017, when the first non-PEMEX gas stations opened in Mexico, most people have opted to fill their tanks at Shell, Mobil, BP, or Chevron, but many of that same people would scream in anger at the very idea of privatizing PEMEX: HOW DARE YOU? ARE YOU A TRAITOR? That image of the little children back in 1939, lined up with their piggy banks in hand to help President Cárdenas, is still imprinted on their minds, and they’re willing to suffer a bad service, a corrupt union, and a criminal monopoly just to feel that they’re not betraying those kids. That’s more than mere irresponsibility. That is fanaticism—and ingrained slavery.