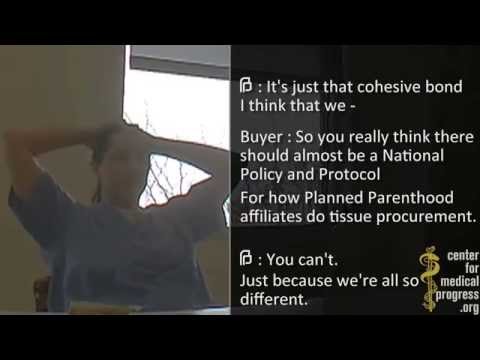 “Oh, look, here’s some organs for you,” said the “doctor” in the video. “They’re all attached. Here’s a stomach, heart, kidney, adrenal…,” she continued, talking casually like a butcher asking a customer what he’d like for tonight’s dinner. Of course, at issue were the body parts of, as the abortionist herself put it, “a baby.”

These are just a few of the stomach-turning details in thefourth video released by the The Center for Medical Progress, which has been documenting Planned Parenthood’s selling of murdered babies’ body parts. As the group (which has since released a fifth video as well) describes it, the fourth video shows the abortionist “negotiating a fetal body parts deal, agreeing multiple times to illicit pricing per body part harvested, and suggesting ways to avoid legal consequences.” This makes it harder for Planned Parenthood (PP) to claim it didn’t know it was violating the law.

The abortionist is Dr. Savita Ginde, vice-president and medical director of Planned Parenthood of the Rocky Mountains (PPRM). Speaking with cold detachment, Ginde, reports The Blaze,

is seen sitting down with two actors who posed as tissue buyers before taking them into a pathological laboratory, where she is seen sifting through aborted fetal organs and parts to presumably show the buyers what’s available.

“Oh, look, here’s some organs for you. They’re all attached. Here’s a stomach, heart, kidney, adrenal,” Ginde says in the footage, while parsing through the fetal remains. “I don’t know what else is in there.”

A medical assistant adds, “I don’t see the legs. Did you see any legs?”

Upon finding the legs the assistant can be heard saying, “Another boy” (video below).