This week has seen one of the more shocking reports to emerge so far this year, the discovery of an unexplained bio-plague which is causing birth defects in record numbers in sheep and cattle stocks throughout English farms and in parts of the continent, believed to be linked to the Schmallenberg virus.

The Independent newspaper’s environmental beat writer Michael McCarthy wrote a piece on this topic today, attempting to combine recent animal diseases in Europe to climate change. He grabbed the opportunity to patch together what are clearly two very separate real issues, and bind them with one theoretical one: the Schmallenberg virus in sheep, African horse sickness – and ‘European warming caused by climate change’.

The problem with McCarthy’s article is that the first two are real, but the last one is pure speculation – and out of pure convenience, he’s combined all three as if they one issue. There goes our mainstram media, raising the climate change alarm:

“But scientists are warning that they may be only the first of a considerable number of new infections, including some affecting humans, which are being helped to spread north through Europe by the warming climate.”

Unfortunately, this tired practice of cheap conflation will not benefit humanity any longer.

It is yet another instance where the mainstream media is falling head over heals for climate change, while a very real environmental crisis – the ongoing infusion of GMOs into our now contaminated global food supply chain – is allowed to run completely out of control. And what are the consequences of this?

This is not the first livestock crisis to hit Europe. In the 1990’s we saw CJD, or ‘Mad Cow’ disease take numerous human lives, and more famously, Britain’s catatrophic outbreak of foot and mouth disease, a plague which was originally believed to have been caused by a natural – both ravaged herds and cost the agriculture industry and the state billions by the final tally. Foot and Mouth was eventually reported to have originated in a UK bio lab and released (intentionally, or unintentionally, has yet to be proven) into the ecosystem – a highly unnatural event. Based on this past findings of man-made pathogens, it only stands to reason that the current Schmallenberg outbreak may be the result of an unintended contamination between livestock herds and madmade industrial substances.

Infowars interviewed  GMO expert Jeffery Smith recently, where he revealed that, in fact, new discoveries on how GMOs could be ruining the internal organs and digestive tracts of livestock are coming out as we speak. He highlighted cases of aborted fetal tissue caused by a new organism only visible under an electron microscope. A study was done to determine the cause of the aborted animal fetuses and showed how when animal feed was treated with Monsanto Corp’s ‘Round-up’ chemical, there were high concentrations of this new, undiscovered deadly organism.


This organism was then taken to a preganant chicken where it killed the fetus within 24 to 48 hrs. It looks and acts like fungus, and is found to have caused spontaneous abortions in animals. One year ago, Dr. Don Huber, Professor Emeritus at Purdue University, warned the USDA of a wild spread infertility amongst livestock due to this new GMO ‘Round-up Ready’ pathogen and declared this as nothing less than “an emergency”.

USDA has allowed Monsanto to perform its own GMO studies, and no studies conducted on humans, the population at large has exposed itself to a potential threat whereby not only is the damage done to the our human and livestock DNA is permanent, but the cost in lives and money is almost incalulable.

Could the recent  Schmallenberg sheep and cow crisis in the UK be somehow linked to a possible GMO-related pathogen in our food supply chain? If it is even remotely possible, one would sincerely hope that every green journalist on staff at the Independent, Guardian, Times of London, Washington Post and the New York Times – would be looking into this and related stories right this moment.

Or they could just continue to connect every natural eco or weather event… to climate change.

Scandal after scandal has hit the UN’s elite IPCC Climate Change clique, discrediting their so-called science, that same science which we were all told was ‘certain’. Since then, the public have since  realized how this scam was constructed and how truly massive it is… including Al Gore and ‘scientific concensus’ members’ ties to the global Carbon Exchanges markets. Knowing this, many in the climate camp could no longer support those old computer-modelled global warming theories. It will go down in history as one of the biggest (and most lucrative) lies ever sold.

‘Green’ journalism, or more specifically – climatist journalism, has long since infected most corporate compartments of the mainline media, exhibiting an irresistible tendency to combine any emerging crisis in nature with the liberal popular mythology of global warming and climate change. Since 2005, aplocalyptic antecdotes of rising seas and computer-modeled projections of nonexistent warming have colored the green press keeping environmental activists and scientists busy chasing a phantom menace.

Proponents of the climatist ‘precautionary principle’ should beware, because there is a very dear price that humanity may be paying as a result of this flamboyant period of mythology ushered in by the likes of the UN’s IPCC clique, Al Gore, Michael Mann and James Hansen. With all the time, talent, and hundreds of billions already wasted on trying to monetize CO2 and pushing various global warming theories, real envirnomental (and actual apocolyptic events) have been allowed to ravage the ecosystem unchecked – specifically, we are talking about Monsanto’s GMO food empire, and a very, very unregulated international nuclear power industry. In the case of GMOs, it may even be too late to undo the damage.

It’s time for the public to think seriously about what would happen if the present unregulated GMO industry were to damage not only our human food supply, but our human DNA itself.

Currently, we are the guinea pigs in this global experiment. 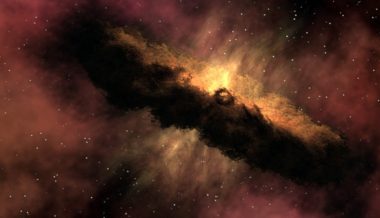 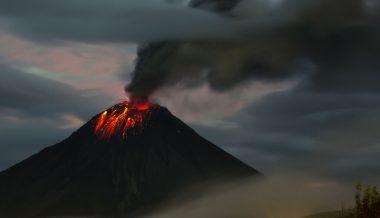 Global Crop Failures Continue: In Australia This Is Going To Be The WORST HARVEST Ever Recorded