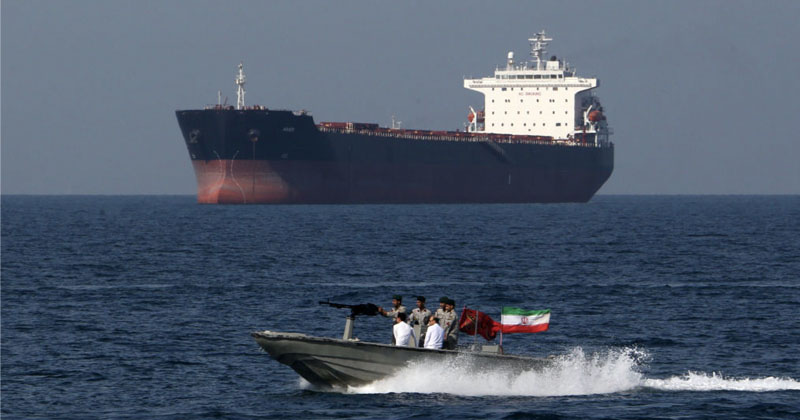 Given the rising tension in the Strait of Hormuz, and the mysterious spate of seemingly random attacks on tankers that some have blamed on Iran, it’s no surprise that more captains transporting shipments of crude and LNG through one of the busiest corridors for the global energy trade feel the need to keep a low profile, according to Bloomberg.

Which is apparently why more ships are turning off their transponders – “going dark”, in industry jargon – a technique that is typically used by smugglers and those hoping to avoid American sanctions.

But this time, ships are going dark mostly as a precaution. Following a buildup of military personnel in the region, most carriers fear the prospects of open war between Iran and a coalition of the Americans and the Saudis, or at the very least, more sporadic attacks on vessels that are still simply trying to scratch out a living.

In at least one way, the fact that ships are “going dark” is ironic: Because Iranian ships pioneered the technique while trying to bypass the American sanctions regime.

Copying from Iran’s own playbook, at least 20 ships turned off their transponders while passing through the strait this month, tanker-tracking data compiled by Bloomberg show. Others appear to have slightly altered their routes once inside the Persian Gulf, sailing closer than usual to Saudi Arabia’s coast en route to ports in Kuwait or Iraq.

As people focus on the incredibly boring Democratic debates, China is about to launch an invasion force into Hong Kong.

Some ships are also trying out new routes that involve spending less time, or no time, in Iran’s territorial waters.

Before the latest increase in tensions with Iran, ships were more consistent about signaling their positions as they passed through a waterway that handles a third of seaborne petroleum. Once inside the Gulf, shipping routes took them fairly close to the Iranian coast, skirting the offshore South Pars/North gas field shared by Iran and Qatar. Most still do, but a growing number appear to be trying something new.

It’s little surprise that ships are doing everything possible to minimize risk. The Gulf region has witnessed a spate of vessel attacks, tanker seizures and drone shoot-downs since May, all against the backdrop of U.S. sanctions aimed at crippling Iran. War-risk insurance soared for tanker owners seeking to load cargoes in the region.

Two British warships are now stationed in the region, and stand ready to assist tankers flagged for Britain. The Norwegian Maritime Authority recently warned its vessels to avoid taking unnecessary risks by minimizing transit time in Iran’s territorial waters. All of this is making tanker captains increasingly nervous about the risks of getting caught in the crossfire between Iran and the US, and some ships have been looking at alternate routes that don’t involve going anywhere near the Strait.

By Bloomberg‘s count, at least 12 tankers loaded in Saudi Arabia and shut off their transponders while passing through the strait within the past month, including the supertanker Kahla, which turned off its transponder on July 20 before passing through the strait. At least eight vessels that loaded in Iraq and Kuwait went dark while leaving the Strait of Hormuz. A vessel shipping from the UAE also dropped off tracking systems.

And as long as tankers keep getting attacked, or captured, expect this trend to continue.