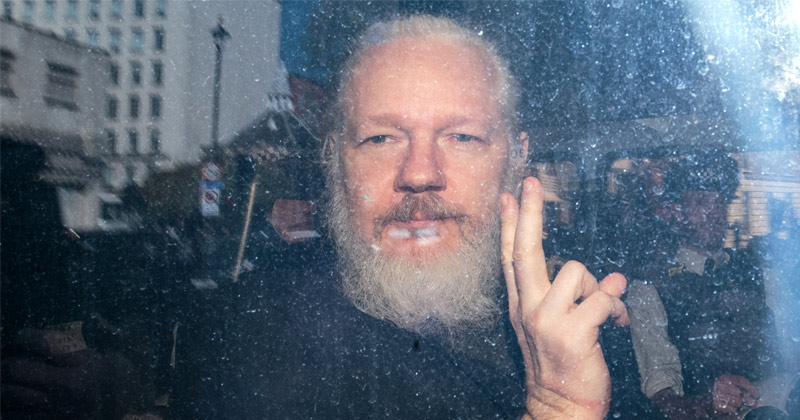 President Trump is facing criticism from his own base after pardoning long-dead Susan B. Anthony instead of pardoning Julian Assange, Edward Snowden or his former National Security Adviser Michael Flynn.

Many of the president supporters said that while the Anthony pardon was still noble, he had built up the pardon to sound like he was giving it to someone alive who’s still fighting in the geopolitical arena.

“How about pardoning someone who is still alive?” said one commentator on an RT article announcing the news.

Another commentator called it “anti-climatic.”

“He teases he’s going to pardon someone big, then chooses the safest pardon in American history,” he quipped.

And while the president could be preparing a pardon for someone else, he did tell a press pool that he would be issuing a pardon on Tuesday but declined to say who, only that it wasn’t Snowden or Flynn.

Tuesday’s pardon was for Anthony, who died in 1906 and had voted in an 1872 election, an illegal act for a woman at the time.

Unless there’s another pardon on Tuesday, Trump must’ve been referring to the Anthony pardon.

Of course, it wouldn’t be unlike Trump to pardon both Anthony and someone like Assange in the same week.

Over on Twitter, one netizen said nobody even thinks of Anthony as a criminal at this point.

This is the big pardon?!

I mean…it's great. But I don't think anyone thinks of Susan B. Anthony as a criminal at this point. Hell, I didn't even know she had a conviction.

This isn't even a good distraction. He probably did it just to spin people up about Snowden and Assange.

Another person joked that maybe Assange and Snowden would get pardoned “in 150 years.”

This Susan B Anthony thing gives me hope that maybe Chelsea Manning, Ross Ulbricht, Julian Assange, and Edward Snowden will all receive their rightful pardons in 150 years

The way Trump spun up the upcoming pardon – that it was for someone “very, very important” and that it wasn’t for Snowden or Flynn – made supporters believe he was readying a pardon for Wikileaks founder Julian Assange, especially as the pardon would come in the middle of the (virtual) Democratic National Convention.

On flight back from Wisconsin, Pres Trump told press pool he would be issuing a pardon on Tuesday to someone “very very important,” but said it was not Michael Flynn or Edward Snowden. Might see it as a way to detract attention from Democratic Convention speeches slamming him pic.twitter.com/yxR3LbUZ3x

Critics of Trump have blasted the president for letting Assange linger in a London jail as he fights a US extradition request, after the president praised Assange during the 2016 election.

Prior to his current confinement, Assange spent seven years held up in a room at an Ecuadorian embassy to avoid extradition to Sweden, and this isolation has made him much like a modern-day Edmond Dantes.

In other news, Roger Stone is also likely looking for a full pardon after he announced he was dropping an appeal of his federal conviction because he felt it would be too much of an uphill battle in the DC court system.

Trump had communed Stone’s sentence to give him the opportunity to fight the conviction on his own, but Stone said it would take far too much money and that he “could never get a fair hearing before [the DC] Court of Appeals, given its political agenda.”

“I have come to the firm conclusion based on their previous actions in my case to date and based on their recent actions in the Flynn case, that it would be impossible for me to ever get a fair hearing from this appellate court for the vitally important, fundamental constitutional issues my case raises,” he stated.

This video of rioters attacking a couple in Portland is going viral.