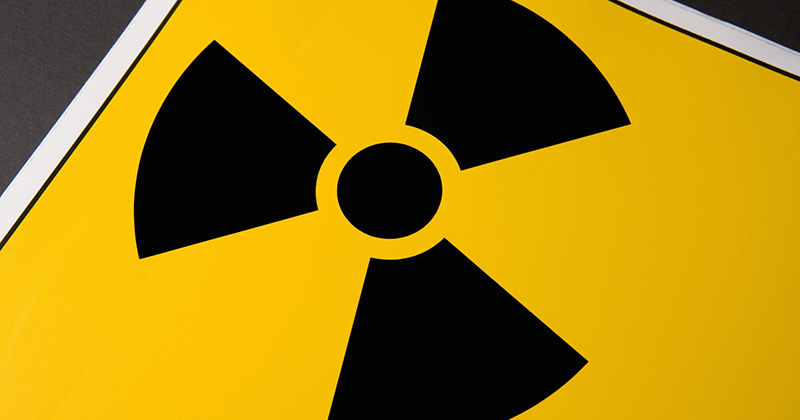 At least 61 US special operations forces who were deployed to a former Soviet base just a few hundred miles from the Afghanistan border have either died or have cancer, according to a new report by McClatchy DC’s Tara Copp.

The deployment, which began shortly after the 9/11 attacks, were to a military site in Uzbekistan called Karshi-Khanabad, known as K2.

It was leased by the United States from the Uzbek government weeks after the 2001 terrorist incident, as it was in close proximity to al Qaeda and Taliban targets.

The US troops were greeted by “radiation hazard” warning signs, ‘black goo’ oozing fro the ground, and pond water that glowed green, according to the report.

K2 was contaminated with chemical weapons remnants, radioactive processed uranium and other hazards, according to documents obtained by McClatchy.

At least 61 of the men and women who served at K2 had been diagnosed with cancer or died from the disease, according to a 2015 Army study on the base. But that number may not include the special operations forces deployed to K2, who were likely not counted due to the secrecy of their missions, the study reported. –McClatchy DC

Alex Jones breaks down the recent revelations from the NY Times about the dangers of the public spy grid, after they admit using the same tech to spy on you.
Also, get all you need to completely stuff Christmas stockings this year with our Christmas Mega Pack sold AT COST during the 12 Days of Christmas Sale!

“Black goo” and other ominous signs

According to the report, the Defense Department knew K2 was contaminated from the start based on documents obtained by McClatchy which are now being made public (see below). After Uzbek soldiers who prepared the base fell ill in 2001, US Central Command ordered an intelligence review of hazards at the facility.

“Ground contamination at Karshi-Khanabad Airfield poses health risks to U.S. forces deployed there,” reads the classified report dated November 6, 2001, which added that the “tent city” the US military was building – which included tents for eating, sleeping and showering – were “in some cases directly on top of soil that probably was contaminated” by four separate hazards.

First, there was a missile storage facility that had exploded in June 1993. “Ground contamination from the explosion, and subsequent expulsion of missile propellant throughout the area is very likely,” the report said.

Two other hazards listed were an abandoned fuel storage facility and an abandoned aircraft maintenance facility identified as the likely sources of the “black goo” which the report said “is most likely a combination of oils, hydraulic fluids, glues, paints, solvents and lubricants.”

The fourth hazard noted in the report was that the northeast corner of the tent city was likely affected by “runoff from a CW [chemical weapons] decontamination site” which had appeared on U.S. intelligence imagery in 1987.

A separate Army environmental health study of K2 in November 2001 found small areas of dirt contaminated with asbestos and “low level radioactive processed uranium, both from the destruction of Soviet missiles.” –McClatchy DC

“Part of this area has already been fenced off by US forces as an expansion area,” reads a November 15, 2001 document obtained by McClatchy. “To call this site a landfill is an insult to landfills.”

McClatchy has spoken with several veterans who were stationed at K2, who are now speaking out because of the difficulties faced in having the Department of Veterans Affairs to cover their medical treatment.

“After returning from combat years later, we are all coming down with various forms of cancer that the [Department of Veterans Affairs] is refusing to acknowledge,” according to retired Army Chief Warrant Officer Scott Welsch, a special operations military intelligence officer who deployed to K2 in October 2001, and who now has thyroid cancer which was diagnosed in 2014.

Eventually warning signs were erected. Outside the berm, a new bright yellow sign went up with black and red letters that said: “Danger Keep Out. Chemical Weapons.”

Another black and white sign — “Danger. Off Limits. Radiation Hazard.” — was in front of a row of ponds nicknamed “Skittles” after the candy because the water glowed bright green but often had other colors too. The ponds were located just outside the berm.

Several veterans who served at K2 are preparing a letter to Congress to ask for help.

“Please come to our aid to assist us in dealing with these illnesses that have forever altered the courses of our lives and the lives of our families,” wrote retired Lt. Col. Omar Hamada, flight surgeon for the Army National Guard’s 1st Battalion, 20th Special Forces Group, which went to K2 in 2002.

Several veterans deployed to K2 report that the Defense Department and the VA have been turning them away, or doubting their health issues altogether.

“The most important messages to communicate are there were no K-2 exposures of health consequence,” instructs an undated three-page “Information for Health Care Staff” guide published by the Pentagon’s Deployment Health Clinical Center that was obtained by McClatchy.

“Some may believe they were exposed to dangerous chemicals and that they haven’t been told the truth,” reads the guide. “Your reassurances may not lessen the level of concern.”

The guide emphasized that medical staff  should show K2 veterans respect for their service to the country, observing “It often helps rapport if you thank them for that service.”

The VA responded to a query by McClatchy on the number of cancers among the service members based at K2 with a statement saying, “the premise of your inquiry is false. There is no indication of  increased cancer  rates among veterans who served at Karshi-Khanabad, which is why cancer is not a presumptive condition for veterans who served in that area.”

That phrase — “presumptive condition” — can mean the difference between the service member paying the bill for cancer treatments out of their own pocket or having the cost covered by the VA.

A presumptive condition is any medical issue that the VA has accepted as likely connected to a veteran’s military service. –McClatchy DC