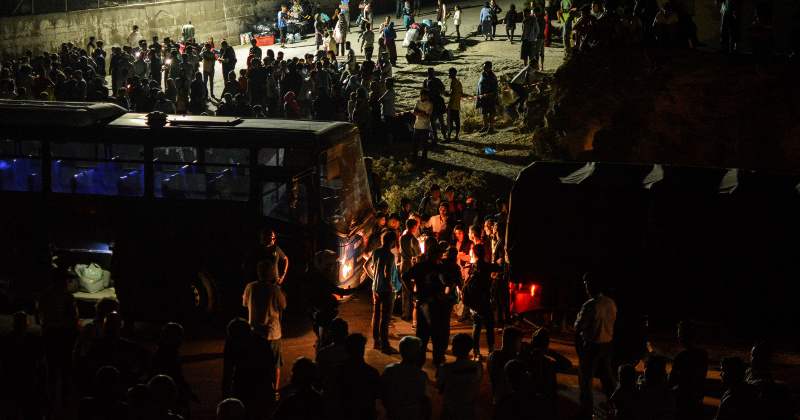 Greece’s prime minister has criticized Ankara for its threat to reopen its borders to refugees.

More than 300 people arrived on Greek islands over the weekend, prompting Athens to ask EU nations to share the burden.

Prime Minister Kyriakos Mitsotakis has sent a strong warning to Turkish President Recep Tayyip Erdogan, telling him not to threaten Greece and Europe in order to secure more money from the European Union.

Mitsotakis’ comments came after Erdogan on Thursday said Ankara would open the borders for refugees if Turkey did not receive more international aid to manage the migrant situation.

Matt Bracken hosts The Alex Jones Show to give you his overview of the collapse of civilization.

Speaking in the northern Greek city of Thessaloniki on Sunday, Mitsotakis said Erdogan was welcome to discuss any renegotiation of the agreement with the EU, but “not with threats.”

Mitsotakis also called out other EU countries for not doing enough to address the current increase in refugees.

“It can’t be possible for a country to refuse to take in 50 or 100 children,” he said. “Some states want all the benefits of freedom of movement afforded by the Schengen agreement, but refuse to share burdens.”

More than 330 people arrived on the shores of several Greek islands from Turkey over the weekend. According to the UN refugee agency UNHCR, 8,103 people arrived on Greece’s Aegean islands in August, up from 3,200 in the same month last year.

Registration camps on the islands of Lesbos, Chios, Samos, Leros and Kos are once again overfilled, with many fearing a return to the 2015 refugee crisis.

Many of those arriving this weekend were children and teenagers. There are at least 24,000 people living in the overcrowded camps, and around 40% of these are under the age of 17, according to UN organizations and Greek authorities.

On Friday, German government spokeswoman Martina Fietz said the increase in migrants “needs to be taken seriously,” but stressed that the latest arrival numbers were significantly lower than during the 2015-2016 surge.

Turkey has taken in 3.6 million Syrian refugees since the beginning of the Syrian civil war in 2011, more than any other country. Following a 2016 agreement with the EU, €6 billion was earmarked to assist the Turkish government in its support for the refugees and indirectly stem onward movement to Europe.

Greece’s recent change of government has led to a more hard-line approachto those arriving on its shores. The new conservative government has called for anyone who fails to be approved for asylum in Greece to be deported to Turkey.

Globalism was conceived to sabotage the renaissance and plunge humanity into a new dark-age. 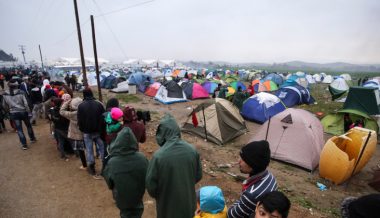 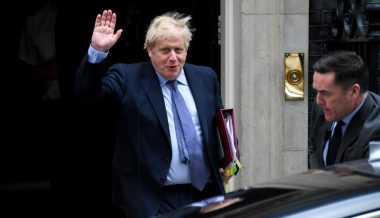