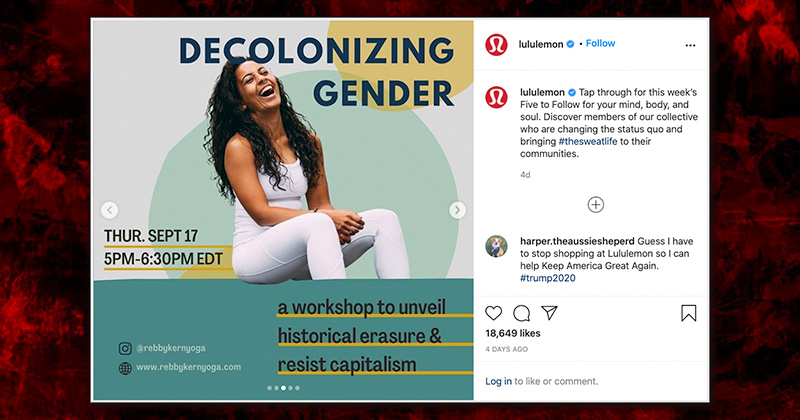 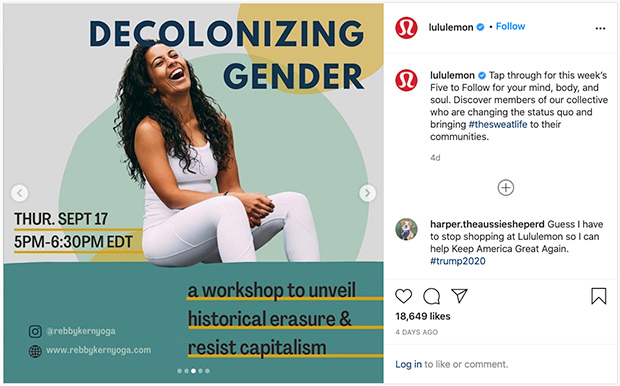 The description of the event is extremely confusing due to the progressive language used throughout:

So wait, you mean to say we’ve been learning inaccurate histories of gender?

Because capitalism wins under a colonized binary system of gender?

YEP! So now what?

Hang with Rebby to get the download on how gender constructs across the world have informed culture and the ways violent colonialism has erased these histories to enforce consumerism, gender stereotypes and misunderstanding of gender diverse communities.

While the event aims to bash “capitalism,” it’s asking attendees to pay $20–$60 to participate in the event.