Andrew Adler, now that’s a name that should live in Jewish infamy.  He’s the publisher of the Atlanta Jewish Times who actually published a column in his paper saying that one of three options Israel should consider on the day the Prime Minister hears that Iran has a nuclear weapon is for Mossad agents in the U.S. to assassinate Barack Obama. 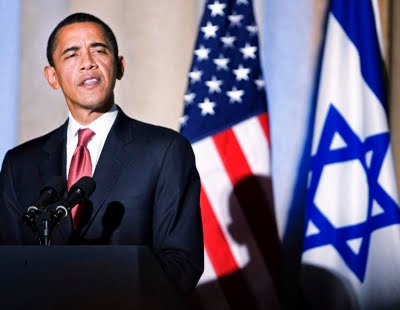 Just in case you think I’m making this lunacy up here’s a screenshot of the column itself.  Here’s the money–or should I say, “kill shot.”  Adler writes that Option 3 is:

…Give the go-ahead for U.S.-based Mossad agents to take out a president deemed unfriendly to Israel in order for the current vice president to take his place, and forcefully dictate that the United States’ policy includes its helping the Jewish state obliterate its enemies.

Yes, you read option three correctly. Order a hit on a president in order to preserve Israel’s existence. Think about it. If I have thought of this Tom Clancy-type scenario, don’t you think that this almost unfathomable idea has been discussed in Israel’s most inner circles?

Another way of putting “three” in perspective goes something like this: How far would you go to save a nation comprised of seven million lives…Jews, Christians and Arabs alike?

You have got to believe, like I do, that all options are on the table.

No, actually I’ve got to believe that Andrew Adler is a class A asshole and an idiot to boot.  I could rail about the fact that the editor of a Jewish paper in one of America’s largest Jewish communities would pen such disgusting tripe.  But what disturbs me even more is that the tens of thousands of Jews living in Atlanta read not just this, but all the garbage this jerk writes.  Imagine the impact that this has on the tone and substance of political debate in that town.

Apparently, Israel has such a sterling reputation lately for political assassinations that Adler and others have come to believe that the best way of pursuing a political objective is to murder whoever stands in the way.  That’s one of the legacies that Israel’s far right government has bestowed to the world, both Jewish and non-Jewish.

Don’t think that Atlanta is alone.  The Jewish paper in the Five Towns published a similarly disturbing column a few years ago calling for the murder of Muslims.  Jews, even rabbis, dream up the most vile, disgusting scenarios for their fellow Jews.  In Israel, rabbis call for putting uppity Arabs in concentration camps.  We have much to ashamed of, just as we have much to be proud of: from our prophetic ethical tradition and inheritors of its mantle like Martin Buber, Judah Magnes and those who founded Brit Shalom; and their latter-day followers in NGOs like Sheikh Jarrah Solidarity, the Popular Committee Against Torture, Breaking the Silence, Peace Now and so many others.