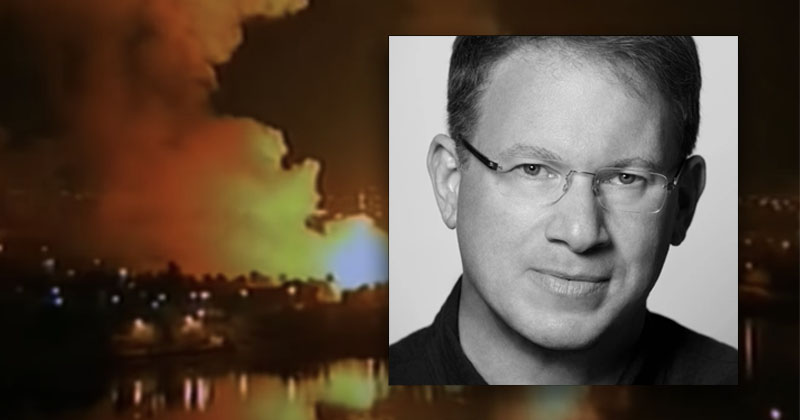 The Atlantic journalist who penned a smear piece claiming President Trump secretly disparaged fallen U.S. troops as “losers” and “suckers” is also the same individual other reporters have dubbed the “chief salesman” of the neocons’ Iraq War.

On Thursday, Jeffrey Goldberg wrote that several “anonymous sources” told him that Trump canceled a visit to the Aisne-Marne American Cemetery near Paris in 2018 because he believed it was “filled with losers.”

The hit piece was rebuked by several current and former Trump administration officials present at that event, including former National Security Adviser John Bolton, who is no fan of Trump.

During the 9-4-20 press conference Donald Trump doubled down on the Atlantic hoax article that he called soldiers ‘suckers’ and ‘losers.’

President Trump even likened The Atlantic hit piece to the debunked “Steele Dossier” which was used as the FBI’s predicate to spy on his campaign in 2016.

….This reminds me of the Dirty Dossier, which was pushed hard by John McCain, & then with a thud turned out to be a total fraud. So many other scams also. The Radical Far Left is VICIOUS, they will do or say anything to win. But they won’t, we will WIN, & have four great years!

Notably, Goldberg is credited by many journalists as being the main news source for the Bush administration’s justification for launching the disastrous Iraq War with his lengthy 2002 article entitled “The Great Terror”, which goes into detail about Saddam Hussein’s non-existent “weapons of mass destruction.”

“The possibility that Saddam could supply weapons of mass destruction to anti-American terror groups is a powerful argument among advocates of ‘regime change,’ as the removal of Saddam is known in Washington,” Goldberg had reported. “These critics of Saddam argue that his chemical and biological capabilities, his record of support for terrorist organizations, and the cruelty of his regime make him a threat that reaches far beyond the citizens of Iraq.”

“Many other writers have documented Goldberg’s outlandish pre-War work, including this recent item by Spencer Ackerman and this 2003 article by Jason Burke of the London Observer, which demolished Goldberg’s reporting,” Silverstein wrote.

Goldberg sarcastically acknowledged as much in a 2010 article entitled, “Yes, Yes, I Know I Started the Iraq War.”

“I understand, of course, that Israel represents the greatest threat to world peace today; that the defeat of Saddam Hussein was a victory for Bushist fascism; and I realize that Saddam had no relationship at all with al Qaeda,” Goldberg said, adding that he was just reporting what the intelligence community was telling him.

The Iraq War was, of course, one of the biggest foreign policy blunders in U.S. history, driven by constant lies from the intelligence community and the Bush administration and mainstream media fake news, a sentiment that Trump himself has stated numerous times.

It’s not far from the BabylonBee satire: “Newsom Assures Californians Wildfires are Mostly Peaceful.” Except their fires and these riots are neither natural nor peaceful.