Those concerned about “The New World Order” speak as if the United States is coming under the control of an outside conspiratorial force. In fact, it is the US that is the New World Order. That is what the American unipolar world, about which China, Russia, and Iran complain, is all about.

Washington has demonstrated that it has no respect for its own laws and Constitution, much less any respect for international law and the law and sovereignty of other countries. All that counts is Washington’s will as the pursuit of hegemony moves Washington closer to becoming a world dictator.

The examples are so numerous someone should compile them into a book. During the Reagan administration the long established bank secrecy laws of Switzerland had to bend to Washington’s will. The Clinton administration attacked Serbia, murdered civilians and sent Serbia’s president to be tried as a war criminal for defending his country. The US government engages in widespread spying on Europeans’ emails and telephone calls that is unrelated to terrorism. Julian Assange is confined to the Ecuadoran embassy in London, because Washington won’t permit the British government to honor his grant of political asylum. Washington refuses to comply with a writ of habeas corpus from a British count to turn over Yunus Rahmatullah whose detention a British Court of Appeals has ruled to be unlawful. Washington imposes sanctions on other countries and enforces them by cutting sovereign nations that do not comply out of the international payments system.

Last week the Obama regime warned the British government that it was a violation of US interests for the UK to pull out of the European Union or reduce its ties to the EU in any way.

In other words, the sovereignty of Great Britain is not a choice to be made by the British government or people. The decision is made by Washington in keeping with Washington’s interest.

The British are so accustomed to being Washington’s colony that deputy prime minister Nick Clegg and a group of UK business executives quickly lined up with Washington.

This leaves Great Britain in a quandary. The British economy, once a manufacturing powerhouse, has been reduced to the City of London, Britain’s equivalent to Wall Street. London, like New York, is a world financial center of which there are none in Europe. Without its financial status, there wouldn’t be much left of the UK.

It is because of the City’s financial importance that the UK, alone of the EU member states, kept the British pound as its currency and did not join the euro. Because the UK has its own currency and central bank, the UK was spared the sovereign debt crisis that has plagued other EU member states. The Bank of England, like the Federal Reserve in the US, was able to bail out its own banks, whereas other EU states sharing a common currency could not create money, and the European Central Bank is prohibited by its charter (at Germany’s insistence) from bailing out member states.

The quandary for the UK is that the solution to the sovereign debt crisis toward which the EU is moving is to strip the member governments of their fiscal sovereignty. For the individual countries, the spending, taxing and, thereby, deficit or surplus positions of the member countries’ budgets will be set by EU central authority. This would mean the end of national sovereignty for European countries.

For Britain to remain an EU member while retaining its own currency and central bank would mean special status for Great Britain. The UK would be the only member of the EU that remained a sovereign country. What are the chances that the UK will be permitted such exceptional status? Is this acceptable to Germany and France?

According to reports, sometime this year Scotland, a constituent part of the UK, is to vote on leaving the UK and becoming an independent country. How ironic that as the UK debates its dismemberment the country itself faces being merged into a multi-national state. 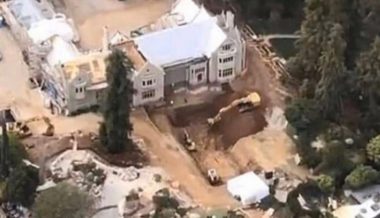 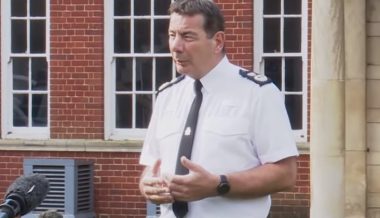