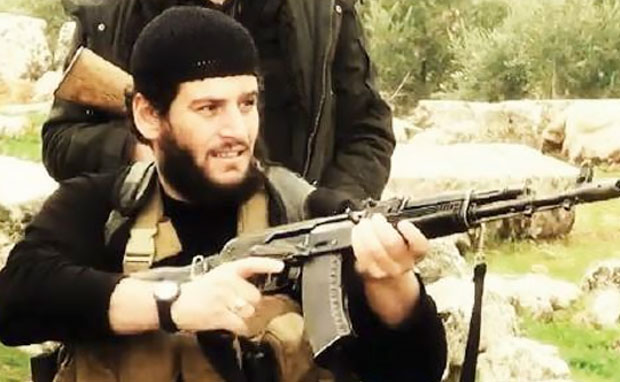 On Tuesday the Islamic State urged its followers to engage in attacks against Christians, Shi’ites and Sunni Muslims.

An audio message attributed to Muhammad al-Adnani instructed Muslims to create “calamity for the infidels … Shi’ites and apostate Muslims” during Ramadan, a month long observance of fasting to commemorate the first revelation of the Quran to Muhammad.

“Muslims everywhere, we congratulate you over the arrival of the holy month,” al-Adnani said. “Be keen to conquer in this holy month and to become exposed to martyrdom.”

The recording did not specifically instruct Muslims to attack tourists in Tunisia, a factory at Saint-Quentin-Fallavier in France, or did it call for the suicide bombing of a mosque in Kuwait City. All three terror attacks occurred on Friday.

The terror operation in Kuwait is viewed as especially significant because it marks the first time ISIS has attacked inside a Gulf state.

The emir of ISIS in Syria told Muslims to attack Sunni Muslims fighting with a U.S.-led coalition against ISIS and engage in attacks in Iraq, Syria and Libya.

ISIS has previously urged followers to attack Americans, Canadians, Australians, the French and other Europeans.

“If you can kill a disbelieving American or European – especially the spiteful and filthy French – or an Australian, or a Canadian, or any other disbeliever from the disbelievers waging war, including the citizens of the countries that entered into a coalition against the Islamic State, then rely upon Allah, and kill him in any manner or way however it may be. Smash his head with a rock, or slaughter him with a knife, or run him over with your car, or throw him down from a high place, or choke him, or poison him,” al-Adnani said in a speech released last September.

In a related development ISIS has declared a governorate in the South Caucasus region of Russia.

“Abu Muhammad al-Adnani, Islamic State group spokesperson, has reportedly already appointed a ‘governor’ of the new Islamic State Caucasus region, while thousands of fighters from the region have pledged their allegiance to the group and the group’s leader, Abu Bakl al-Baghdadi,” the TeleSUR television network reported on Friday.

“We need to hurry up and unite so we can cut off the heads of the infidels,’ Aslan Byutukayev, the proclaimed leader of the Caucuses Emirate, said in a video earlier this month.