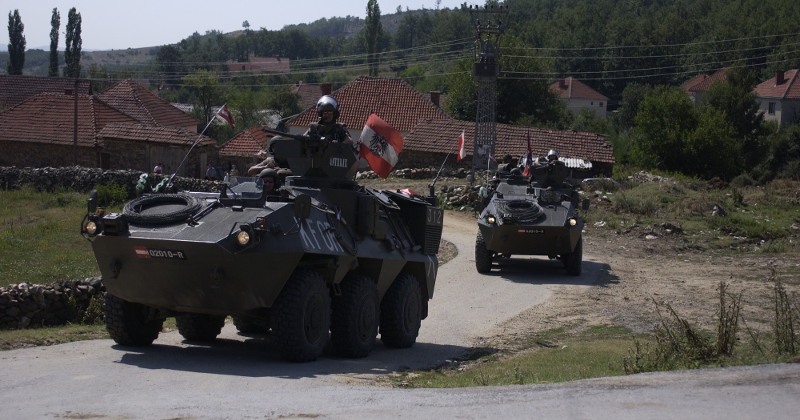 Austria has mobilized its military to maintain security along its border with Italy as the explosion of migrants crossing over from Africa reaches catastrophic proportions.

The Austrian government has moved 750 troops and four Pandur armored vehicles into the Tyrol region, where they can quickly deploy to the Brenner Pass, the primary connector between Austria and Italy through the Alps, if necessary.

“We need to prepare for the migration development in Italy, and I expect very promptly that border controls will be activated and assistance requested,” said Austrian Defense Minister Hans Peter Doskozil in comments to local press.

His spokesman said the flood of migrants into Italy is unsustainable, and that riot tanks would have to be deployed.

“These are not battle tanks,” he said. “These are armoured vehicles without weapons which could block roads. These were already used during the refugee crisis of 2015/16 at the Spielfeld border crossing (with Slovenia).”

The UN International Organization for Migration has announced that over 100,000 migrants have entered Europe in the first six months of 2017 via the Mediterranean, with nearly 85% arriving in Italy from Libya alone.

At the same time, the UN refugee agency just released a new report stating that at least seven out of 10 illegal immigrants from Africa are not refugees at all, but instead are economic migrants, as Infowars has documented at length.

Austria’s decision to militarily fortify its border comes on the heels of a recent meeting between six central European nations seeking to form a new anti-migrant defense coalition.

Defense ministers and officials from Austria, Hungary, Slovakia, Czech Republic, Slovenia, and Croatia met in Prague earlier this month to discuss the details of the Central European Defence Cooperation (CEDC) that will act as “the framework of civil-military cooperation” between the nations who seek to handle the on-going crisis in a markedly different manner than Brussels and other EU member states, such as Germany, Sweden and Italy.

“At the meeting, the participants issued a short declaration which welcomes the Joint Action Plan and calls on the interior ministers of the involved countries to finalize it in the shortest time possible,” read a statement from the Hungarian Ministry of Defense regarding the meeting and developments to come. “The declaration takes note of the unified situation assessment, which facilitates the quick and joint mobilization of civilian, police and military capabilities, and states that the most important task is the protection of the external borders of the EU and the elimination of the root causes of migration in the sending countries.”

“Finally, the participants of the meeting talked about the wider context of Europe’s security situation and the next steps in strengthening the European common security and defence policy.”