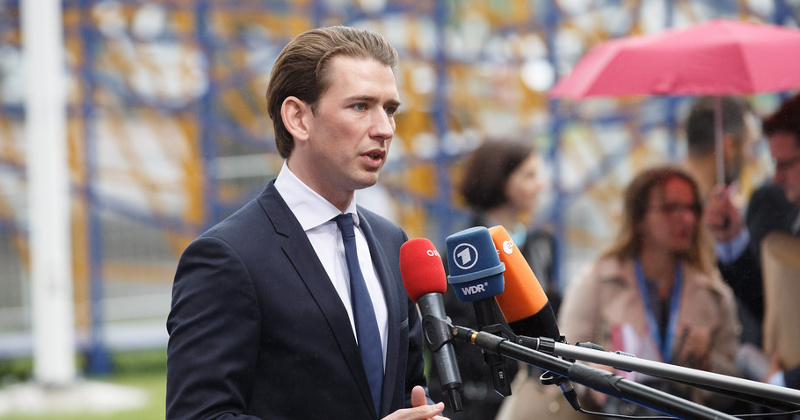 Austria’s interior minister has vowed to enforce “very, very strict asylum policies” after a government study revealed that foreigners were responsible for 40% of crimes committed in 2016 and that the number of foreign suspects had risen 13% in one year.

The new governing coalition, denounced by globalists and mainstream media outlets as ‘far-right’ and ‘extremist,’ seeks to tighten border controls and scale back significantly on intake of ‘refugees’ as so-called asylum seekers were also revealed to comprise nearly half of total foreign criminals in the country.

Interior Minister Herbert Kickl seeks to implement procedures that would include inspections of migrants’ cell phones to determine their geographical origination and pathway to Europe, x-rays to verify true age, and possible confiscation of valuables and cash to offset costs imposed by their stay.

“This shows that those who come to us to allegedly seek protection are also those from whom we then have to protect the Austrian people,” he said.

Strache, considered an immigration hardliner, has proposed common sense measures such as housing migrants in underused military barracks while their applications are processed, as well as a night curfew to ensure they are under supervision during prime crime-committing hours.

“Order is needed, as long as there is an open asylum procedure,” Strache said.

Predictably, he was denounced by leftists who called the ideas “shocking” and “crazy.”

One key objective of the new government, as detailed in their coalition agreement, is to establish a definitive distinction between standard immigration and asylum seeking – a boundary that has been heavily blurred by many European governing bodies in recent years.

A report commissioned the U.N. refugee agency last year revealed that at least 70% of migrants who crossed the Mediterranean Sea to illegally enter Europe were not refugees at all.

Austria is establishing itself as the first western European country to follow in the footsteps of many of its central-eastern neighbors who oppose mass migration and refugee resettlement schemes imposed by Brussels, and they have taken steps to strengthen bonds with like-minded governments.

Defense ministers and officials from Austria, Hungary, Slovakia, Czech Republic, Slovenia, and Croatia met in Prague last year to discuss the details of the Central European Defence Cooperation that would act as “the framework of civil-military cooperation” between the nations who seek to handle the on-going migration crisis in a markedly different manner than other EU member states.

Shortly after, Austria deployed military assets to secure its border with Italy, where over 100,000 illegal aliens arrived during 2017, many of whom traveled north to more wealthy, welcoming countries such as Germany and Sweden.

Infowars reported last week on a new study conducted by Zurich University which found that migrants were responsible for a 92% increase in crime in Germany over the past two years.