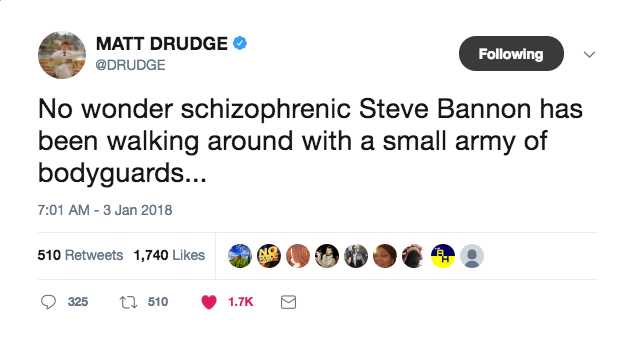 The author claiming former Trump strategist Steve Bannon called a meeting between Donald Jr. and a Russian lawyer “treasonous” has repeatedly been accused of twisting direct quotes from sources.

Author Michael Wolff claims in his upcoming book, Fire and Fury: Inside the Trump White House, that Bannon has turned on the Trump family and labeled their actions “unpatriotic” and “treasonous.”

However, Wolff has previously faced criticism for inventing and changing quotes from sources.

Brill’s reported that sources Wolff mentioned complained that he had “invented or changed quotes” attributed to them.

In 2004 The New Republic’s Michelle Cottle also claimed “the scenes in [Wolff’s] columns aren’t recreated so much as created — springing from Wolff’s imagination rather than from actual knowledge of events.”

In 2010 the Columbia Journalism Review, analyzing a Wolff article about a phone-hacking scandal related to Rupert Murdoch, criticized his work as “pathetic”, “disgusting”, “twisted”, and based on “zero evidence”.

Barrack said he spoke to Wolffe once, says he never said the quote attributed to him to Wolffe or anyone. "Totally false," Barrack said by phone just now.

Tom Barrack adds, "It's clear to anyone who knows me that those aren't my words and inconsistent with anything I've ever said." He says Wolffe never ran that quote by him to ask if it was accurate.

Wolff’s latest book was promoted in a Guardian exclusive Wednesday, with quotes from Bannon stating FBI Special Counsel Robert Mueller would “crack Don Junior like an egg on national television.”

“Even if you thought that this was not treasonous, or unpatriotic, or bad shit, and I happen to think it’s all of that, you should have called the FBI immediately,” Bannon is quoted as saying.

The alleged Bannon quotes have caused waves in the pro-Trump community, which feels torn between supporting the ideological captain of the anti-globalist populist uprising, or President Trump. 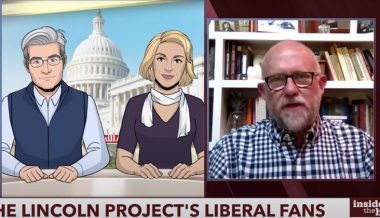 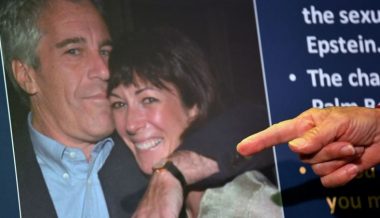