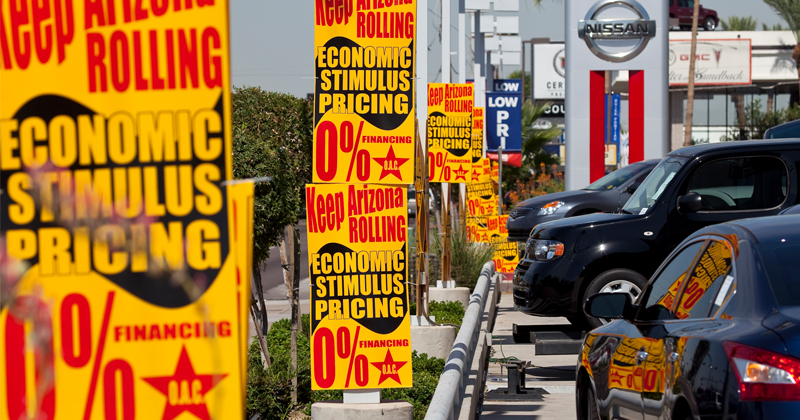 For nearly 18 months we have been keeping a close eye on the recession occurring globally in the auto industry, most recently highlighting both a collapse in Chinese sales for January 2020 and the continued impact that the coronavirus outbreak is having on an already decimated industry.

And as it goes during a recession, the hits just keep on coming. The latest “good news” came yesterday, when Nissan slashed its annual operating profit forecast by a stunning 43%, blaming a slump in vehicle sales, according to Reuters.

The drastic outlook shift comes after the company posted its first quarterly net loss in almost 10 years. It also sets Nissan apart from what has been (at least, for now) mostly upbeat guidance from Toyota and Honda.

Makoto Uchida, Nissan’s third CEO since September, said: “We are making progress, but sales volumes have been weak so we need to do more restructuring than initially planned.”

He said the company’s financial position would remain “tough” over the next year and that it would take time to repair profitability in the U.S. The company says it expects operating income of about $775 million, which falls way short of previous estimates that were closer to $1.2 billion USD.

Global vehicle sales crashed 11% during the quarter, with the company’s brand hurt by excessive discounting in the U.S. over the course of years. Sales in the U.S. plunged 18% and slipped 0.6% in China. Nissan guided to sell 5.05 million vehicles for the entire year, which would mark the company’s weakest sales year since 2013. During Q3, operating profit tumbled 78%.

The company also noted the coronavirus outbreak’s impact on the business. Two plants that the company owns, including one in Hubei province, will remain shuttered until at least February 20. The outbreak has resulted in the company reducing production at three other vehicle factories throughout February, as well.

The company is also expected to eliminate up to 4,300 white-collar jobs and shut down two manufacturing sites permanently. Nissan will also look to reduce the number of models it sells. The company also remains in the midst of litigation with former leader Carlos Ghosn.

Didn’t anyone at Tesla tell these guys the car business is far easier when you run at a consistent loss?

In fact, we wonder if Nissan ever just thought of taking a cue from other “industry leaders” and entertaining the idea of engineering a short squeeze in its stock before selling a slug of equity for a couple billion dollars at massively inflated prices.