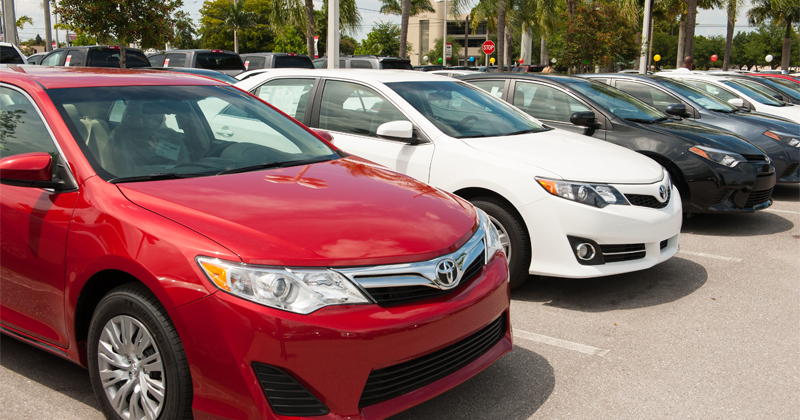 U.S. vehicle sales for major manufacturers like Toyota, General Motors and Fiat were all slaughtered in the second quarter of 2020 as the U.S. deals with the brunt of the economic impact from Covid-19 – while already in the midst of an auto recession that we had written extensively about heading into 2020.

Sales for all three of those manufacturers were down more than 30% in the second quarter, mostly in-line with Wall Street’s predictions. Nissan, Hyundai and Porsche also suffered major drops in sales between April and June, according to CNBC.

Edmunds had predicted a 34% drop in sales for the second quarter, which is expected to be the worst quarter of the year due to the pandemic. GM’s sales fell 34% on the nose, Fiat’s sales fell 38.6% and Toyota’s numbers fell 34.6%.

Pickup trucks were a silver lining for both GM and Fiat in the quarter. Kurt McNeil, GM’s U.S. vice president, sales operations, said: “GM entered the quarter with very lean inventories and our dealers did a great job meeting customer demand, especially for pickups. Now, we are refilling the pipeline by quickly and safely returning production to pre-pandemic levels.”

Jeff Kommor, head of U.S. sales for Fiat Chrysler, cited fleet sales as being a problem. Many of those sales have been “canceled or delayed” he said.

Similarly, Bob Carter, executive vice president of sales for Toyota Motor North America, also spoke to CNBC about fleet sales being a problem: “Retail consumers are coming out looking for cars and trucks. What hasn’t yet returned to the auto industry is the fleet commercial buyer, particularly rental car. Those sales continue to be suppressed at about 20%.”

Zero Hedge readers likely already know that we had reported on the drought in fleet sales just days ago. “Weak fleet orders for June are making it seem as though a recovery is still far away,” we wrote. “Cox Automotive is forecasting that fleet sales will fall 56% to 1.3 million vehicles in June, after plunging 83% in May and 77% in April.”

In the same piece, we noted that Cox was also predicting that further job cuts could occur if production at U.S. automakers doesn’t eventually ramp back up. Zohaib Rahim, economic and industry insights manager at Cox Automotive, said: “If we don’t see a rebound in 2021, this will be a problem for automakers. But right now they’re using all their production to supply dealers.”

While fleet sales aren’t a main concern for automakers – higher margin sales to customers are – they can still put pressure on the industry as a whole. And with rental companies like Hertz now in the midst of bankruptcy, there is sure to be a profound effect not only on dealer sales, but the used car aftermarket. 62% of vehicles sold to fleet buyers in 2019 went to rental car companies.

In 2019, fleet sales accounted for about 22% of GM’s sales, with about half going to rental fleets and the other half going to corporations and government agencies.

Alex Jones breaks down the elitists in Ghislaine Maxwell’s inner circle and their plans to destroy society.