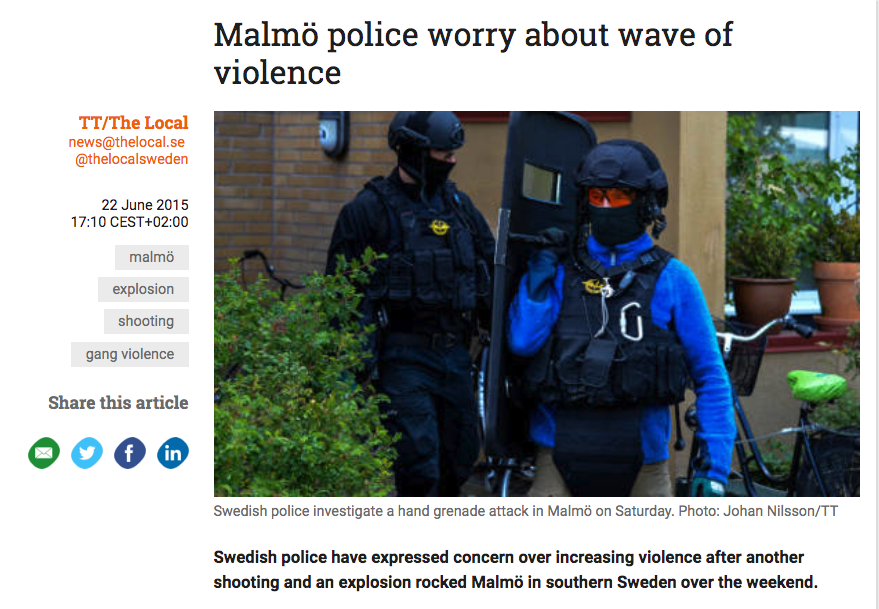 Automatic gunfire can be heard in the background of a girl’s livestream apparently filmed in Sweden, highlighting the problems once again stemming from the migrant crisis.

The gunfire was due to “people on scooters were chasing a car and shooting it with Uzi guns,” according to journalist Peter Swedish.

A girl is periscoping listening to music in the city of Malmö, when automatic gunfire is heard in the background.

People on scooters were chasing a car and shooting it with Uzi guns.

“Bombings and automatic gunfire is now a normal occurance in some parts of Sweden like Malmö,” he said in a separate tweet. “One person reported he had heard three large explosions in just two weeks.”

Correspondingly, Swedish media has reported on a wave of violence that’s struck Malmö over the past several years, much of which was attributed to rival migrant gangs: 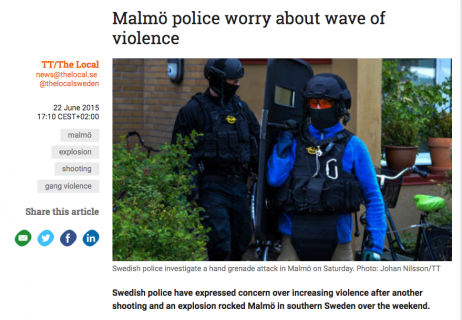 “Malmö has experienced growing violence in recent years. Some of its inner-city areas and suburbs have a reputation for gun and gang-related crimes as well as race-related violence between different immigrant groups,” the paper reported.

“As a result, the force has stepped up its presence in known trouble-hit areas such as Rosengård and Seved, where around 30 people believed to be from criminal backgrounds are being tracked by officers.”

“There is a reason to suspect that they have used something more powerful than fireworks,” police press officer Patric Fors told SVT Nyheter. “The extent of the damage gives little insight into what may have been used.”