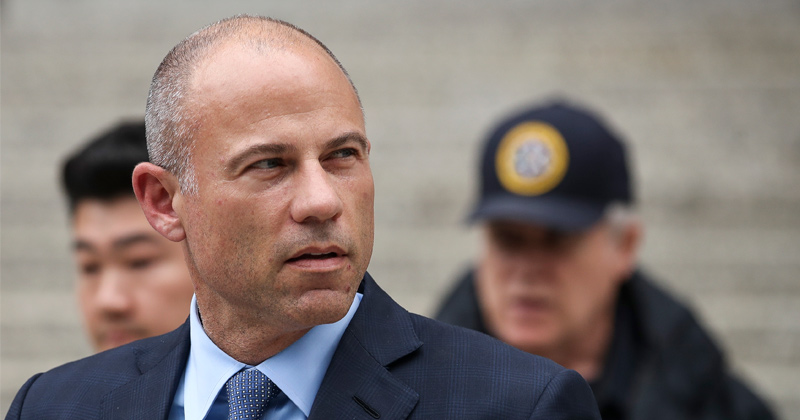 Lawyer Michael Avenatti was convicted of trying to extort Nike.

Avenatti faces a combined 42 years in prison, although it’s unlikely he’ll receive such a sentence given the federal government’s history of sentencing.

“Avenatti, 48, who did not testify in the case against him, pleaded not guilty to charges alleging that he tried to extort up to $25 million from Nike by threatening to publicly expose corruption at the sports footwear company unless he was allowed to conduct an internal probe of the company,” reported Fox News. “Prosecutors said he had more than $11 million in debts at the time.”

It’s an incredible fall from grace by the lawyer who the mainstream media once considered a strong contender for the Democratic presidential nomination.

He first came into national prominence in 2018 when CNN and other cable news outlets constantly booked him for interviews while he and his then-client Daniels waged a crusade against the president.

He appeared on at least 108 separate interviews in spring 2018, for example.

Avenatti’s storybook rise to fame began to unravel, however, after a Nov. 2018 felony domestic violence arrest.

The charges were later dropped, but the situation led to further scrutiny of the celebrity lawyer which cumulated in Daniels parting ways with him and the charges brought against him in New York and California.

In the separate case filed in California, Avenatti was accused of embezzling clients, tax fraud, bank fraud and other charges, according to Politico.

Avenatti pled not guilty to those charges, which weren’t related to the Nike extortion case.