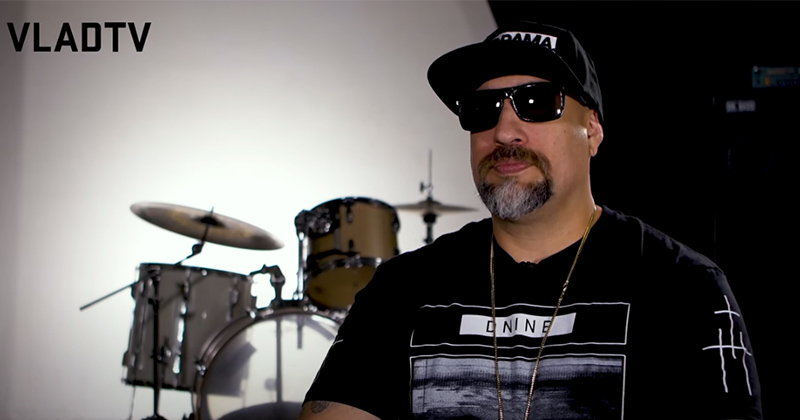 B-Real, frontman for one of the world’s most famous hip-hop groups, Cypress Hill, recently shared a story about how his mother escaped a Cuban prison during the Fidel Castro era.

B-Real, whose real name is Louis Freese, explained that his Cuban mother was a political prisoner who escaped jail and made it to America by floating across the ocean on a raft.

“She was a political prisoner at a very young age and one of her uncles worked in the prison. He helped her escape, made her a makeshift raft and that’s how she got off the island,” he said. “She was found by a fishing boat a day or two later. Cracked skull, the whole shit.”

The boat that picked her up in between Florida and Cuba was headed towards New York and that’s where his mother first arrived in The United States.

Freese confirmed his mother was jailed for speaking out against the Castro regime.

When asked if his family now has a hatred for Castro, Freese replied, “Pretty much. It’s like anyone who escaped the communism that was happening there through Castro, they don’t have anything good to say about the dude.”

He continued to describe how Cubans living in Florida were celebrating in the streets when rumors of Castro’s impending death were spreading.

“That’s real shit,” Freese noted. “You know, he executed a lot of people’s family members. Unless you were brainwashed by him and you lived there, you didn’t like him.”

The man conducting the interview, DJ Vlad of VladTV, told B-Real that his family also escaped communism, but from Russia.

“I heard how bad it was over there,” DJ Vlad recounted. “You don’t want to be in one of those communist systems. It was like Hell, really.”

Their family emigrated to America in 1971, so it’s likely B-Real has also heard stories from his bandmates regarding the horrors of Castro’s communist regime.

Two weeks ago, UFC fighter Jorge Masvidal made headlines for speaking out against communism and socialism.

Immigrants across the country are trying to warn young Americans about the dangers of supporting far-left ideologies.