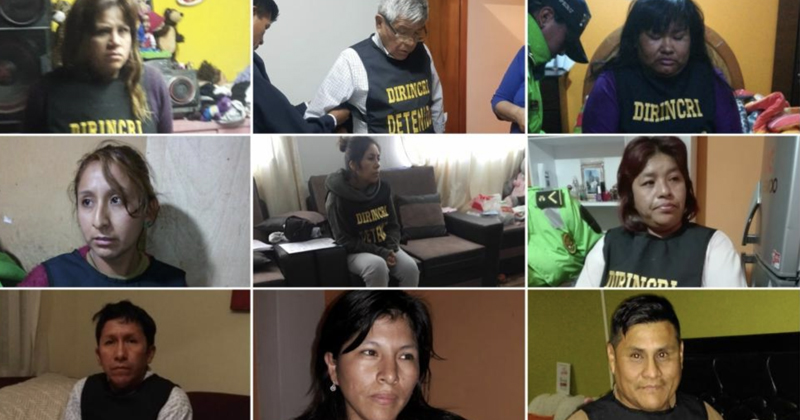 A massive raid of an alleged baby trafficking ring resulted in 14 arrests that included a former director of Peru’s National Police.

Gen. Raúl Becerra is suspected to be a “key accomplice” to the gang that local authorities deem to be entirely defeated, according to Prosecutor Rosmery Mendoza Palomino.

“The investigation into the group’s criminal activities began in May,” reports NPR. “[Palomino] called the operation a ‘100 percent success,’ adding that the 14 now in custody make up the entire gang.”

Becerra’s partner, 32-year-old Cinthia Tello, is the suspected ringleader of the gang that authorities are calling “The Soulless Human Traffickers.”

Tello is reportedly a well-known model and producer of beauty events in Arequipa, where the raids took place.

Her gang reportedly targeted poor women and extorted them to sell their newborn infants.

Also, a gynecologist, a pediatrician, and parents of the newborns were among the arrested in the massive raid that simultaneously sieged 18 different properties and involved over 500 police officers.

Additionally, other arrested members include three women who “fished” for poor expecting mothers with the fake offer of illegal abortions.

“Police are still investigating whether the children were sold to foreign couples looking to adopt or to organ trafficking gangs,” reports the BBC.

Furthermore, a five-month-old baby girl was rescued in the Tuesday morning raids that targeted private residences, businesses, and clinics.

The reported cost investigators allege the newborns were sold for is approximately 4,000 Peruvian soles or $1,200.