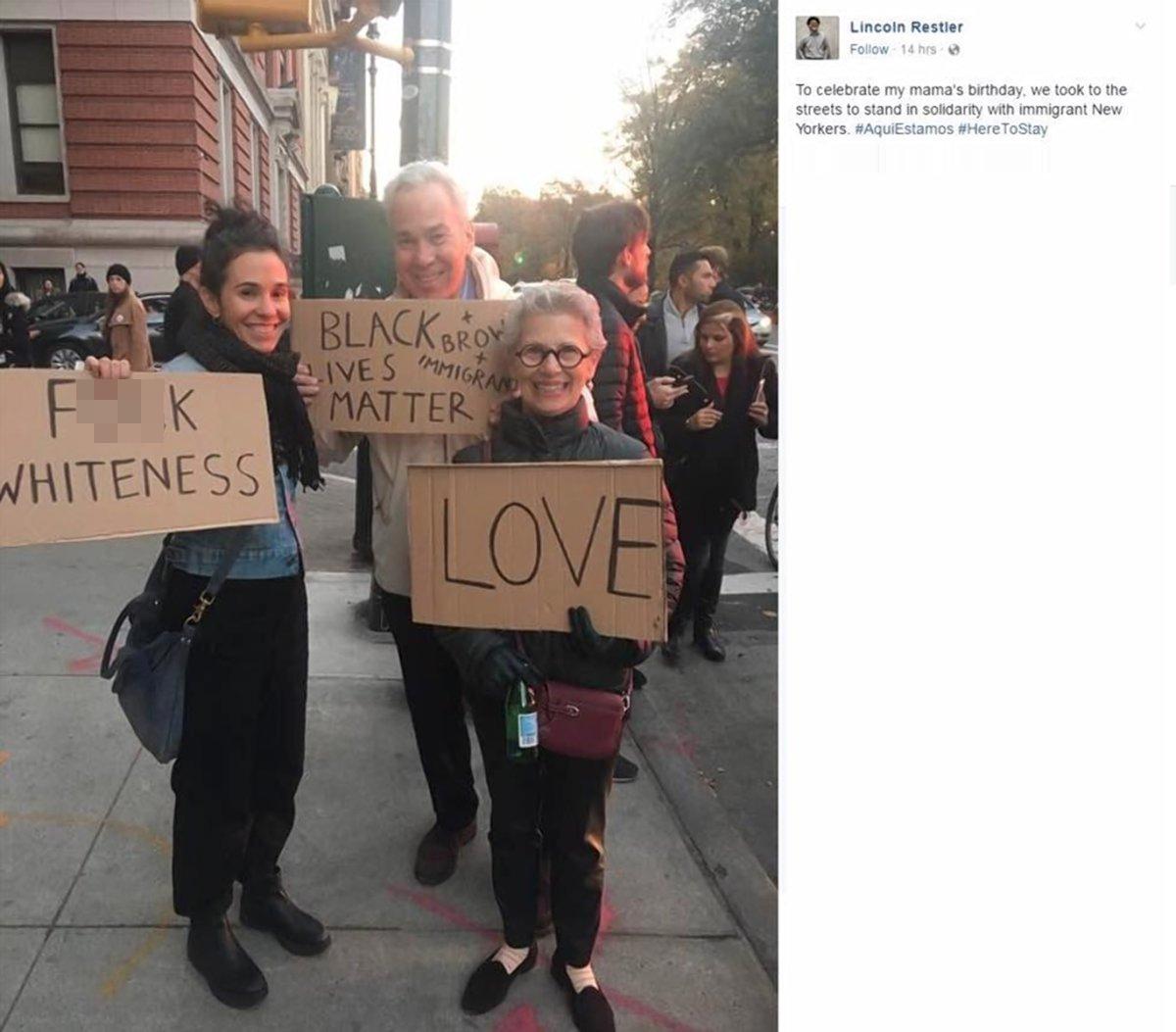 A senior adviser to New York City Mayor Bill de Blasio is taking heat after uploading a photo to Facebook that showed his sister holding a “Fuck Whiteness” sign. 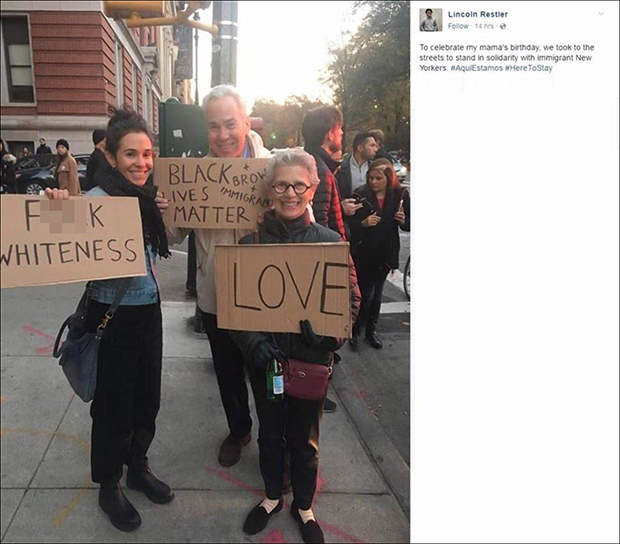 Lincoln Restler, a white employee of the mayor’s, posted the photo of his mother, father and sister online Monday while taking “to the streets to stand in solidarity with immigrant New Yorkers.”

According to The New York Daily News, Eric Phillips, a spokesman for the mayor, claimed de Blasio was initially unaware of the post and found the picture to be inappropriate.

“No doubt the message was inartful and not clear enough in its intent and that’s why Lincoln took it off his page,” Phillips said, adding that the sign was meant to protest “white supremacy.”

Restler has since taken down the photo, alleging that his views differ from his sisters.

“He understands why people took offense to it and it certainly didn’t represent his views,” Phillips added.

The photo has been shared widely on social media in the last several days, with many accusing the family of hypocrisy for simultaneously holding a “love” sign as well.