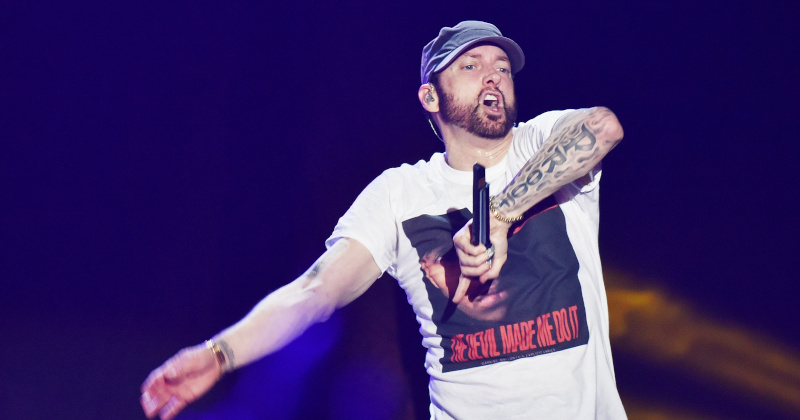 US rapper Eminem has provoked outrage on social media after releasing a track that appears to make light of the Manchester Arena bombing at an Ariana Grande concert, featuring the lyrics “bombs away.”

Hours after releasing his new album ‘Music To Be Murdered By’ on Twitter, Eminem faced an angry backlash regarding one particular song titled, ‘Unaccommodating,’ in which he addresses his feud with fellow US rapper Machine Gun Kelly.

It features the line: “But I’m contemplating yelling ‘Bombs away’ on the game/Like I’m outside of an Ariana Grande concert waiting,” against a backdrop of bomb sounds.

Twenty-two people were killed in the Manchester terrorist attack at the close of an Ariana Grande concert in May 2017, when British-born Salman Abedi detonated a bomb — killing himself in the process.

The lyrics have infuriated many people on social media who found it “f***ing disgusting” that the 47-year-old rapper would make a “joke” about such a horrific incident.

One person voiced her anger at Eminem on Twitter, insisting that he should not be making money off the victims.

She tweeted: “People literally lost their lives, and you’re going to release music and try to make a profit off of them?”

Others online posted gifs to express their horror at the provocative lyrics.

eminem literally just made a joke about the manchester bombing at ariana grande’s concert… that is just so fucking sick, y’all better not give this man any attention. people literally lost their lives, and you’re going to release music and try to make a profit off of them? pic.twitter.com/mKJo06RL9p

However, some people did defend the rapper, highlighting the fact he helped raise nearly £2 million for victims of the Manchester bombing.