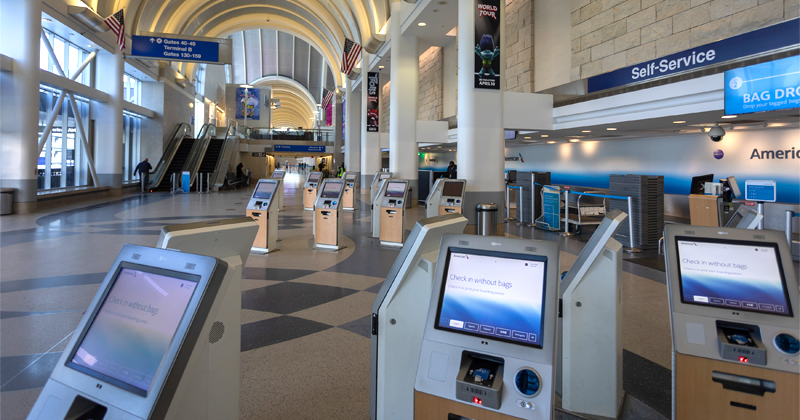 Bailouts are the name of the game right now. It seems like everybody is in line for a bailout. Airlines. Movie theaters. Small businesses. Hospitals. Not to mention the fact that the Federal Reserve has resorted to directly buying corporate debt.

Conventional wisdom tells us this is necessary. After all, the government shutdown put tremendous stress on businesses. Doesn’t the government have a responsibility to help them out?

But bailouts don’t happen in a vacuum. The government has a history of bailing out various industries and companies, and we can learn from that history. In an article originally published on the Mises Wire, economist Dr. Klajdi Bregu looks back and offers some poignant warnings for bailout nation.

The following is the opinion of Klajdi Bregu and do not necessarily reflect those of Peter Schiff or SchiffGold.

he recent economic downturn has created the environment for a new round of bailouts by the government and the Fed. Last time they did this they told us it would be the last one, but anyone who knows our history knew that was not going to stand. Now we are told again that this is an exceptional situation and we must bail out businesses in trouble so that the economy can restart again as quickly as possible. But this is the same argument the government has always made when pushing for a bailout. What is more, every time the government has bailed out businesses, they have promised us that this will not create moral hazard.

Moral hazard here refers to the ability to take risk without fear of suffering the consequences. As I show below, businesses profit by making bad short-term decisions, and when these bad decisions bring them to the brink of bankruptcy, they are bailed out by taxpayers. So, the owners of these firms and their CEOs benefit from the upside, and taxpayers foot the bill on the downside. In what follows, I review the history of bailouts in the US and argue that we must consider bringing an end to bailouts if we want to have the real and sustainable economic growth we desperately need.

After the savings and loan (S&L) industry had struggled for many years, government finally came to the rescue. The federal government, at the time under the leadership of President George H.W. Bush, passed a bailout that cost taxpayers $124 billion ($264 billion in today’s dollars). It is important for our purpose here to keep in mind that in the lead-up to this many of these firms had taken advantage of the booming housing market. Many of these companies lent too much money, and when the economy weakened they could not keep up with the losses. This led L. William Seidman, former chairman of the Federal Deposit Insurance Corporation (FDIC) and the Resolution Trust Corporation, to say that “The banking problems of the ’80s and ’90s came primarily, but not exclusively, from unsound real estate lending.” Hence, these companies were not prudent during the good times and did not plan for a downturn.

This was not the last time financial institutions were bailed out. Banks, along with the artificially low interest rates, were the main cause of the Great Recession. History repeated itself as the federal government stepped in and bailed them out again. We were told that the banks and AIG (American International Group) were “too big to fail” and could not be allowed to go bankrupt because the harm to the economy would be enormous. These bailouts—for AIG, the banks, Fannie Mae, and Freddie Mac—cost the taxpayers $621 billion in today’s dollars, or more than twice the previous bailout. But, aren’t the banks stronger now? one could ask. This is a fair question, yet the banks would be strong if we let them liquidate the parts of their companies that were hit the most. Had we done this we would have a stronger banking system and no moral hazard for the rest of the economy.

During the Great Recession the government bailed out the three big automakers in the US. But this was not the first time the government had bailed out a car company. Chrysler had already been bailed out in 1979, when they got $1.5 billion ($5.7 billion in today’s dollars). It is important to point out why Chrysler had needed to be bailed out. Charles Hyde, professor of history at Wayne State University and author of Riding the Roller Coaster: A History of the Chrysler Corporation, had this to say:

Well, in essence they made some very bad product choices throughout the 1970s. They decided to become specialists in large, gas-guzzling cars, and they did that right at the time there were two different Arab oil boycotts and crises with the price of gasoline. And their cars simply didn’t sell. The other problem they had were very serious quality problems. Their cars were probably the worst-built cars in any showrooms anywhere.

Chrysler emerged stronger after this; they made the necessary changes, and it seems that at least for a while they did well. But in 2008 Chrysler and GM both found themselves in trouble. This time around, the bailout was about $100 billion adjusted for inflation, which is about 17.5 times the previous one. And, again, we know these firms had made bad decisions (misallocated resources), since Ford and other car companies did not need a bailout.

The concerned reader may ask, Aren’t the bailouts the price we have to pay to save jobs? The problem is that these companies never really fixed their problems. While low interest rates have helped them, they have also made them more fragile. As I have written elsewhere, the car market is in an unsustainable bubble, and with sales going down and delinquencies that were already rising, another crash and maybe another round of bailouts seem inevitable. In fact, the Fed has already implicitly “bailed out” Ford by promising to buy the fallen angels‘ debt. So, while the bailouts may save some jobs in the short run, they will cause much more trouble in the long run.

Following the attack on 9/11, airline traffic suffered a big hit and the airline firms needed the government’s help “to survive.” The government at the time provided $5 billion in grants and $10 billion in loans (about $22 billion in today’s dollars). After the bailout bill was passed President George W. Bush said:

I commend the Congress for their cooperation and quick action in passing responsible legislation that will improve passenger safety, help the victims and their loved ones, and keep America’s airplanes flying while the airlines develop long-term viability plans.

But as it turns out, airline companies did not develop very good “long-term viability plans.” Recently, the US airlines were hit with the same problem they had after 9/11—a lack of passengers because of the COVID-19 crisis—and they could not have been less prepared for this. One would expect an industry that had experienced a similar situation not so long ago to be better prepared than others, but they clearly were not.

The government stepped in again and has bailed them out by allocating $25 billion in grants (30 percent of which will be repaid as a loan over ten years) and an additional $25 billion in loans.

But again one may ask, Doesn’t this save jobs? The answer to this important question is that this may save some jobs in the short run, yes, but the cost will be very high, since these jobs are not sustainable. What is more, this bailout will lead to lower economic growth, since the necessary resource reallocation will not happen.

Our history of bailouts shows that we have created tremendous moral hazard. As I have argued above, some industries or firms have been repeatedly bailed out. Hence, these companies have never learned to be prudent and save for a rainy day, which shows that they are incompetent at best or simply care only for short-term profits. Take the airline industry, for instance. In the post–Great Recession period, the airline industry used 96 percent of its profits to buy back stocks and did not plan for a downturn. It is true that it was not easy to predict a situation like the current one caused by COVID-19, but many would disagree that this was a black swan, including Nassim Taleb himself.

Hence, the bailouts have led to bad use of resources, which can explain, at least in part, the slow economic growth we have experienced post–Great Recession. The issue with bailouts is that the tradeoffs we face are higher unemployment now followed by higher and sustainable economic growth later, or lower unemployment now followed by lower economic growth later. Bailouts are directly connected to productivity, as the graph below shows. This means that the more bailouts we have the lower the economic growth. This makes sense, since economic theory tells us that when a company fails it means that they were not using resources efficiently. If the company goes bankrupt, then either some or all of the resources will be transferred to more prudent investors, which will lead to better use of these resources and higher economic growth. On the other hand, when a company is bailed out, they will continue to make bad decisions and even worse others will get the message that they will not be held responsible by the market if they make bad decisions.

The good news is that some people are starting to speak out against these huge wealth transfers from taxpayers to large corporate shareholders and CEOs. In a recent interview for CNBC, Chamath Palihapitiya argued that companies that were not prudent should be left to go bankrupt. Sadly, many people are convinced that this would lead to massive unemployment, such that we are not bailing out corporations, but are rather helping workers. That is not quite the real story. When companies file for Chapter 11 bankruptcy, it is the shareholders and the speculators who get hurt, not the workers.

Yet the federal government and the Fed are doing anything they can to keep the debt bubble going. This is nothing new, since the federal government and the Fed have brought us to the current situation in concert. The Fed’s low interest rate policy together with the implicit bailout guarantee from the federal government led corporations to borrow too much. This has made the economy so fragile that it could not even handle interest rates at half of what they were before the last crisis started. As the Fed increased interest rates in 2018, the economy started to slow down so fast that they had to reverse and start lowering interest rates in 2019. Now they effectively stand at zero. Low interest rates, along with the many programs the Fed has implemented during the COVID-19 crisis, have led corporations to borrow more than $617 billion in the last two months alone. So, the story of bailouts and low interest rates continues. But until it ends we cannot expect to have the real and sustainable economic growth we desperately need.