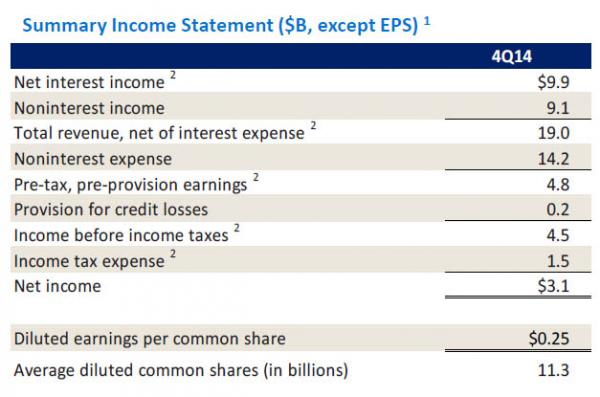 Following disappointing results from JPM and Wells Fargo yesterday, it was Bank of America’s turn to “surprise” investors with its disclosure just how bad its quarter was. And with the bank reporting a 50% collapse in its sales and trading from Q3, down $600 million from a year ago to just $1.7 billion in Q4, it should come as no surprise that the bank just reported Net Income, before the usual spate of amusing addbacks, of $0.25 well below the $0.31 expected. And while one may argue whether or not BofA’s EPS deserve non-GAAP adbacks, it was the Revenue of $18.96 billion, which missed expectations of $21.03 billion by over $2 billion (!) and down $2.7 billion from a year ago, that was truly a showstopper and shows that without the Fed’s visible hand manipulating markets every day, banks are a ticking time bomb just waiting to blow.

And keep in mind that the $4.5 billion in pretax earnings included the usual piggybank accounting gimmick of adding back of $0.7 billion in loan loss reserve releases. 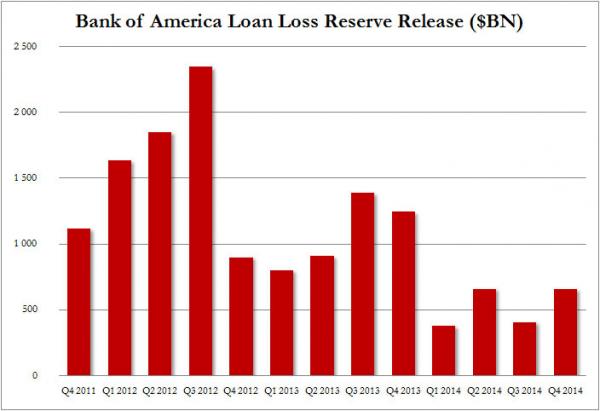 Here is the collapse in Sales and Trading, regardless of whether one observes it with or without DVA/FVA: 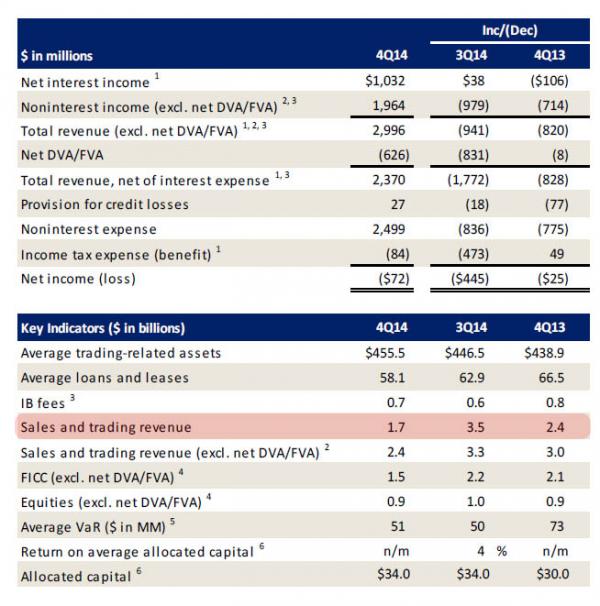 But here is the best indicator of what BofA’s earnings truly were: its headcount. And after firing over 4K FTEs, or down 2.5% from the prior quarter, dropping the total FTE count to 207.9, one can see which way management is positioned. 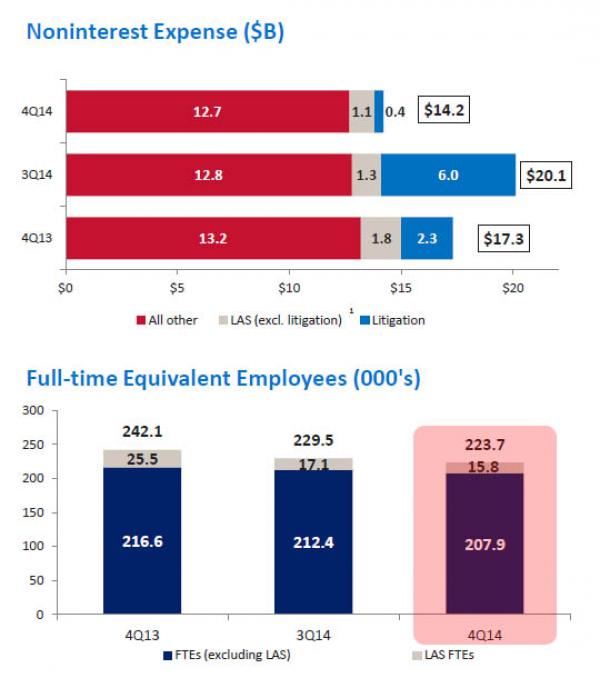 The good news is that the criminal enterprise that is BofA only had to pay $393 million in litigation expenses, far below the $2.3 billion a year ago. Then again, putting in context, BofA paid up $16.4 billion and $6.1 billion in 2014 and 2013, respectively, in “cost of doing business as a criminal enterprise.”

Finally, while JPM “forgot” to report its Net Interest Margin data, BofA was kind enough to provide it. One look at the chart below, which impact all banks, shows why JPM decided it could just do without this data in Q4. 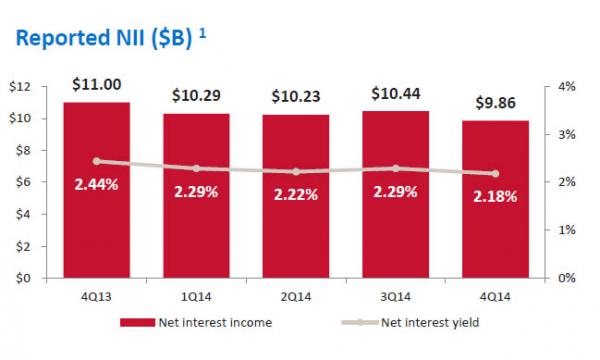 And there you have it: lowest. NIM. Ever.