The country is displaying early symptoms of being trapped in a so-called “debt deflation trap” where families find themselves pushed further and further into the red every month, according to a Bank report published today.

[efoods]The stark warning will cause serious concerns, since it was this combination of falling prices and soaring debt burdens that plagued the US in the 1930s.

The Bank is using its Quarterly Bulletin to highlight the threat posed to the economy by deflation – where prices fall each year rather than rise.

Although inflation is currently in positive territory, it is expected to become negative in the coming months.

The Bank is worried that this may combine with high levels of indebtedness to squeeze families further.

It says that families with high debts could fall prey to the debt deflation trap. This means that the cost of their debts, which are fixed, would rise compared to average prices throughout the economy. While inflation erodes debts, deflation makes them relatively higher.

The Bank’s paper suggests that Britain is particularly at risk because there is a high proportion of families with significant levels of debt, and many of them are on fixed mortgage rate, which means they will not benefit from rate cuts.

Britons’ total personal debt – the amount owed on mortgages, loans and credit cards – is, at £1.46 trillion, more than the value of what the country produces in a year. 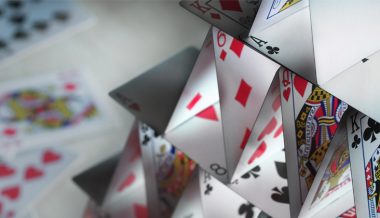