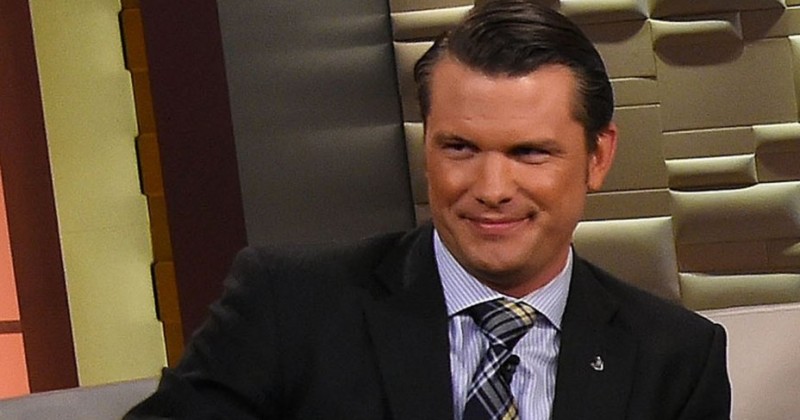 Fox News host Pete Hegseth, who was suspended by Twitter for posting a screenshot of the Pensacola shooter showing his Islamic terrorist motivation, has accused Twitter of running defense for radical Islam.

Hegseth was locked out of his account after he posted the screenshot along with the words, “The coward posted it just hours before his terrorist attack. This is Islamist terror. No reason to ever mince words. Saudi Arabia must be held to account.”

“I simply posted the words of the terrorist who killed three Americans in a terrorist attack, yet I’m violating the Twitter policy on terrorism and therefore I am banned,” Hegseth told Tucker Carlson, adding that he doesn’t normally “play the veteran card,” but feels it makes him more keenly aware of the “motivations” of terrorists.

Hegseth added that without the right to speak freely, “we’re gonna get the false narrative of the PC folks from Silicon Valley every single day of the week. And they banned me, and if they’ll ban me, they’ll ban anybody.”

“It’s not the people who have a profile, it’s the thousands, tens of thousands, hundreds of thousands of Americans who share stuff about radical Islam, which is taboo, who are blocked every single day. Silicon Valley is in bed with defending under the guise of defending against Islamophobia anyone who exposes the things that radical Islam is doing. That’s what I ran up against here,” said Hegseth.

The Fox News host added that there appears to be a double standard when it comes to criticism of Islam and Christianity.

“There’s literally no limit to the things you can say about Christianity or Christians and remain on the platform,” he said.

Twitter claims that posting terrorist manifestos is against its terms of service, although this wasn’t enforced when innumerable people posted the words of the Christchurch shooter, which were then used to smear conservative activist Candace Owens.

It appears though it’s perfectly fine to post terrorist manifestos, so long as they make conservatives look bad.