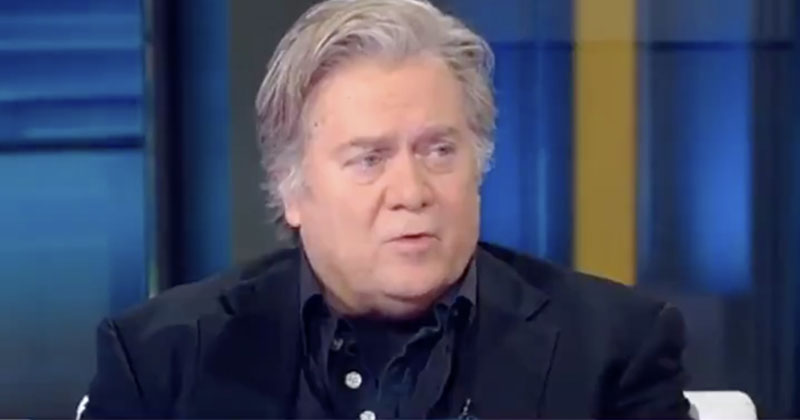 “I think worse is China. They took over a billion dollars from China,” Bannon said Monday. “I think Joe Biden is totally compromised by China. I think people understand it. I think the Ukraine situation’s the same thing.”

“[Hunter Biden] got in the Navy with no expertise because of Joe Biden,” Bannon continued. “He got on the board because of connections to Joe Biden. His whole career is around having access to Joe Biden – political corruption.”

In response to the growing backlash over his connections to China and his father’s faltering poll numbers, Hunter Biden released a statement announcing he would be step down from Bohai Harvest RST (BHR) Equity Investment Fund Management Company, a Shanghai-based private-equity fund backed by entities owned by the Chinese government.

“Hunter always understood that his father would be guided, entirely and unequivocally, by established U.S. policy, regardless of its effects on Hunter’s professional interests,” according to the statement. “He never anticipated the barrage of false charges against both him and his father by the President of the United States.”

In 2013, Hunter Biden joined an official U.S. delegation to China, according to multiple reports. Ten days later, his private equity firm Rosemont Seneca Partners LLC. inked a $1 billion deal with the bank of China, that was eventually increased to $1.5 billion.