“When fascism comes to America, it will come wrapped in an American flag.”—Huey P. Long

“You’re not to be so blind with patriotism that you can’t face reality.Wrong is wrong, no matter who does it or says it.”—Malcolm X [el-Hajj Malik el-Shabazz] 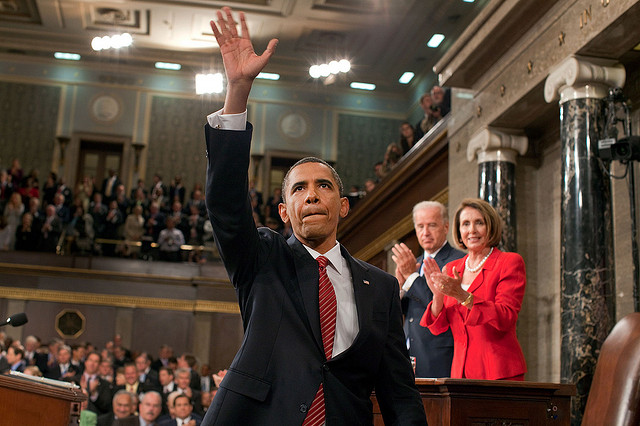 As the year 2013 approaches its conclusion, it is more obvious than ever before that the United States is a corporate-owned de facto totalitarian nation. It is, in reality, a 21st century U.S. fascist state under the auspices of Barack Obama and his Democrat and Republican cohorts.

The vast majority of this nation’s people have relinquished their constitutional, human, and political rights to the gods of consumerism, greed, apathy, cynicism, and manipulated fear. The ‘America’ about which the late great Langston Hughes wrote in his poem, ‘Let America Be America Again,’ has been all but utterly destroyed by insatiably greedy corporate vultures in concert with the lying, blood-sucking politicians of both the Democrat and Republican parties. The ‘rope and chain’ drone man, U.S. President Barack Obama, and his minions, have in a span of less than six years, in large measure, poisoned and massively distorted the very essence of the dreams once held by so many everyday ordinary Black, White, Brown, Red, and Yellow people throughout this land for transparent government and a more just society.

Many so called “liberals,” “progressives,” and “leftists” in the U.S. have demonstrated, and are continuing to demonstrate, cynicism and double standards in their hypocritical support for the indefensible internal and external policies of drone man Barack Obama and his cohorts. Moreover, much if not most, of the U.S. black elite (otherwise known as the black ‘misleadership’ class) have brazenly joined the corporate-owned U.S. Empire, which includes embracing the anti-constitutional and the militaristic policies at home and abroad of Barack Obama.

Numerous Blacks, other ‘people of color,’ and Whites in this nation are utilizing the ‘race’ or color card in an attempt to intimidate people into supporting the war mongering, double-talking, corporate-owned Barack Obama. In other words, their logic is that because Obama is “black,” those not supporting his policies are allegedly racists or somehow anti-black. The cynicism, crass manipulation, and stupidity of such supposed logic should be self-evident.

First of all, color or pigmentation must never be the overriding factor in making judgments on the merits, or lack thereof, of policies. To do so is in itself inverted racism and is ultimately self-defeating for everyday ordinary people of ALL colors. Moreover, in the U.S. context, Barack Obama, in the words of noted author Debra Dickerson, is NOT “politically and culturally black.” As Ms. Dickerson, made so very clear as quoted in the book titled, ‘What Can You Say? America’s National Conversation On Race,’ “I didn’t have the heart (or the stomach) to point out the obvious: Obama isn’t black.” That is, she explained, he is not “politically and culturally black.” “Not descended from West African slaves brought to America, he steps into the benefits of black progress (like Harvard Law School) without having borne any of the burden, and he gives white folks the plausible deniability of their unwillingness to embrace blacks in public life.” (Reference page 98 of the book, “What Can You Say? America’s National Conversation On Race,” by John Hartigan Jr., Stanford University Press).

But what if Barack Obama, in addition to his pigmentation, was actually also “politically and culturally” black? What then? In two words: So what!! What difference does or should it make?

Obama’s pigmentation and/or his political and cultural background should have absolutely no bearing whatsoever in weighing the merits, or lack thereof, of his spurious and despicable national and international policies of subterfuge, non-transparency in government, constant distractions, lies, corporate hegemony, military incursions, and perpetual wars. Yet, it is the ‘race’ or color card that has been, and is being used, to manipulate far too many persons—at enormous peril to the everyday people of ALL colors in this nation and throughout Mother Earth. Barack Obama is not of, nor does he represent, the struggling everyday ordinary people of this nation. He and his cohorts are, in fact, the antithesis of government transparency, justice with peace, and human progress.

In the cynical and opportunist name of opposing and/or blaming Republicans, Barack Obama’s fifth column of “progressive” and “leftist” hypocrites have embraced, and/or act as apologists for Obama’s support of indefinite NDAA detention, his war mongering, his murderous international predator drone missile attacks, his massive spying on U.S. citizens, his overall de facto destruction of the U.S. Constitution, and his love for, and alliance with, greedy blood-sucking U.S. multinational corporations.

In other words, these so called “progressives” and/or “leftists” hypocrites are utilizing, among other things, the ‘race’/color card to facilitate Obama’s war on the everyday ordinary people in this nation and throughout Mother Earth. They are his fifth column.

The case of the national ‘leadership’ of Veterans For Peace (VFP)

There are many examples of Obama’s fifth column gatekeeping hypocrites in this nation. One such example can be found in certain ones of those who make up the inner circle of the national leadership of the organization known as Veterans For Peace (VFP). This inner circle of the national VFP leadership, adroitly plays the ‘race’/color card against their own rank and file membership, even as they adamantly oppose impeaching U.S. president Barack Obama for his past and ongoing war crimes in Pakistan, Libya (North Africa), Somalia (East Africa), Afghanistan, Yemen, and Bahrain, etc. This VFP national ‘leadership’ has even referred to the call to impeach the current war criminal, Barack Obama, as being “ridiculous.” Apparently, Barack Obama’s murderous, egregious and ongoing violations of the U.S. Constitution and of international law are of no importance to this national VFP misleadership since he is ‘black” and a Democrat. This is the zenith of inverted racism, double standards, and hypocrisy. As Malcolm X correctly said, “Wrong is wrong, no matter who does it or says it.” Obviously, certain individuals in the inner circle of the national ‘leadership’ of Veterans For Peace are attempting to sacrifice and subvert the principles of VFP nationally, in order to be in the good graces of Barack Obama, and concomitantly, the systemic Democratic party. This is not only hypocrisy—it is betrayal of peace and justice-loving people of all colors in this nation and throughout the world.

Then, of course, there are other insidious fifth column systemic gate-keepers who attempt to play the game of two-ends-against-the-middle. They write books and give lectures claiming to oppose social injustice, corporate hegemony, and war while refraining from consistently, persistently, and specifically calling out the current chief war-maker, Barack Obama, for what he is—a war criminal, a subverter of democracy at home and abroad, and a perpetual prevaricator. In addition to being opportunist gate-keepers, these persons are dangerous fakes—pimping the pain of struggling everyday ordinary people for their own purposes.

Ultimately, as it becomes increasingly undeniable that ‘Obamacare’ (the so-called Affordable Care Act) is a pharmaceutical/insurance corporate smoke-and-mirrors fraud, the struggling people of this nation will come to realize that they have yet again been callously and systemically hoodwinked. Meanwhile, Obama himself will continue to engage in double-talk, subterfuge, and distractions. And despite the U.S. corporate-stream ‘news’ media’s obfuscation and distortions, the majority of people in this nation will, in reality, continue to become even poorer, corporate domination will persist, and Barack Obama, his systemic allies and minions will look for ways to keep the masses of people distracted, diverted, and most of all, compliant. There will be no significant political, economic, judicial, or social change for the better in the U.S. until such time that a critical mass of people in this nation recognizes, and acts upon, the fact that the Democrat and Republican parties are enemies of the everyday ordinary struggling people of all colors.

The fact is, that totalitarianism and “fascism,” in the words of Huey P. Long, have already incrementally “[come] to America;” and not only “wrapped in an American flag” via false patriotism and corporate hegemony; but also aided and abetted by unprincipled and hypocritical gatekeepers who masquerade as so-called “progressives.”

It is incumbent upon each and every one of us to expose and resist this encroaching de facto fascist totalitarianism in this nation. And this includes exposing those “progressive” pretenders who, among other tactics, utilize the ‘race’/color card from their arsenal, against the best interests, needs, and aspirations of everyday ordinary Black, White, Brown, Red, and Yellow people in this nation.