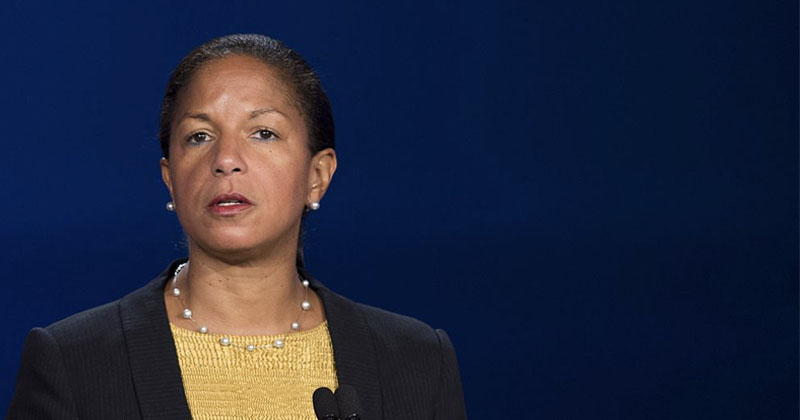 Susan Rice, who served as National Security Advisor under Obama, fired back at Snoop Dogg after the rapper condemned the remarks of CBS journalist Gayle King, who had addressed the sexual abuse allegations against late NBA star Kobe Bryant.

“This is despicable. Gayle King is one of the most principled, fair and tough journalists alive. Snoop, back the **** off. You come for @GayleKing, you come against an army,” Rice warned after Snoop Dogg insisted that “we the worst. We the f—— worst. We expect more from you, Gayle.”

“Why y’all attacking us?” The multi-millionaire rapper queried.

I’ll have to believe Snoop Dog over Rice, her corruption runs pretty deep. She was on the Obama team

@AmbassadorRice in all actuality nobody know or care who you are! You don't possess no army! You will owe has been from Obama administration and I think you got the boot while working for him. Stop trying to bully black men stupid Snoop don't give a fuck about you.

sounds like she is threating snoop with violence. no, she would not go hard on a white man but what we except from a goon of Obama.

“So they had to call the Obama Administration for help against Snoop Dogg?” One wondered referencing Rice’s “army” remark.

Many referred to the backlash as “crazy” and “embarrassing”, saying Snoop couldn’t care less and lambasting Rice for her use of street language:

“Here’s where Susan Rice messed up. She unified two groups to go against her, Anti Obama’s [sic] and Snoop supporters”, another quipped.

“Gayle was wrong. Snoop went too far, but the sentiment was right,” another opined.

This is embarrassing. Where was this fight during the Obama administration? Gayle was wrong. Snoop went too far, but the sentiment was right.

Former basketball player Kobe Bryant died last month in a helicopter crash that also killed his 13-year-old daughter, Gianna, and eight other passengers, while en route to a boxing event. Many tributes for Bryant and his daughter, a junior boxer, followed, but there were no fewer stories circulating about his alleged 2003 sexual assault of a Colorado hotel employee. Charges were dropped when the then 19-year-old employee refused to cooperate with prosecutors in the early 2000s.