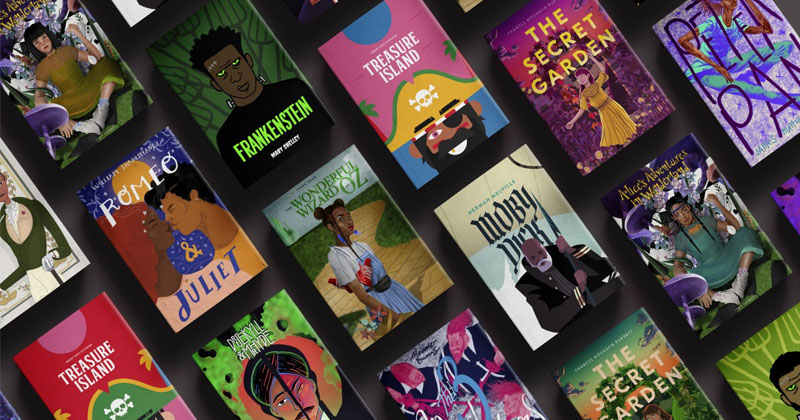 Barnes & Noble kicked off Black History Month by releasing a series of classic novels substituted with black characters on the covers, sparking backlash on social media.

The release, billed as the “Diverse Editions,” asks readers “What if your favorite literary characters reflected the Diversity of America?”

The covers show a black Dorothy from The Wizard of Oz, a black Frankenstein’s monster, a black captain Ahab for Moby Dick, and a black Juliet in Shakespeare’s Romeo & Juliet, as just a few examples.

The move was characterized as “literary blackface” by black writer Rod Faulkner.

Author Tracey Livesay pointed out that if the publication really wanted to bring awareness and honor to Black History Month, it would have been more prudent to simply promote novels written by black authors.

What?!? No! Is it really this hard? People sat down & had meetings & put a lot of energy & money into creating covers f/black people on books w/ the same old stories INSTEAD of promoting books written by black authors & featuring black characters?WTF?! 😡 https://t.co/sgGGglaiNu

Another black author called the move a “bait and switch” by Barnes & Noble and Penguin Random House because only the covers have been changed rather than the actual stories.

Can you imagine a young Black girl seeing a cover with someone who looks like her but then finds nothing that reflects her in the pages? No Black girls at all? Y’all that is more than a bait and switch. That’s harmful.

One Twitter user pointed out that a good way to celebrate Black History Month would be to highlight actual black history.

I keep coming back to this & the decision to erase Black classic lit from a Black history month celebration. In New York. Where the Harlem Renaissance happened. Fun fact they could have rereleased a bunch of those books with new covers & gotten excellent sales & press. https://t.co/MTQERNHdeI

As we’ve reported, the corporate establishment is more interested in shoehorning “woke” issues into entertainment by simply making characters of known franchises black or brown – such as James Bond or Ariel from The Little Mermaid – rather than promote original work celebrating black culture or history.