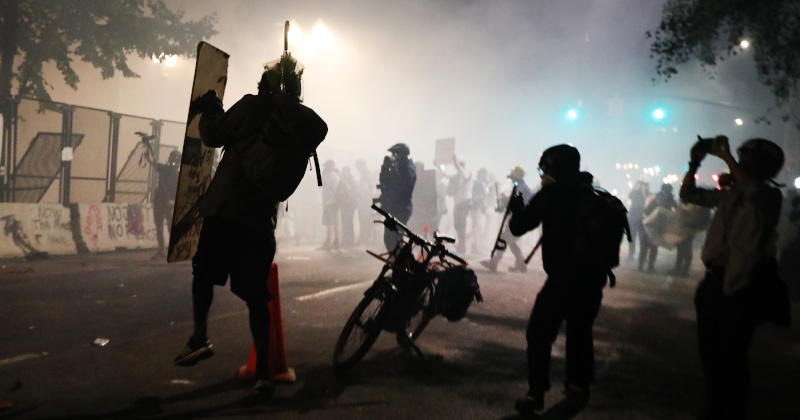 U.S. Attorney General William Barr is set to testify Tuesday before the House Judiciary Committee where lawmakers are expected to ask him about a range of topics involving the Trump administration, including the deployment of federal officers in response to protests in the northwestern city of Portland, Oregon.

Text of Barr’s opening statement released ahead of the hearing says the late May death of George Floyd in police custody was a “horrible” event that sparked a necessary examination of the relationship between law enforcement and African Americans in the United States.

But Barr says the ongoing protests in Portland and elsewhere have become disconnected from Floyd’s death.

“Largely absent from these scenes of destruction are even superficial attempts by the rioters to connect their actions to George Floyd’s death or any legitimate call for reform,” Barr says.

He reiterates Trump administration criticisms of local leaders, many of whom have offered their own rejections of the federal government’s responses and called for Congress to block deployments of federal forces in their cities.

“As elected officials of the federal government, every Member of this Committee – regardless of your political views or your feelings about the Trump Administration – should condemn violence against federal officers and destruction of federal property,” Barr says. “So should state and local leaders who have a responsibility to keep their communities safe. To tacitly condone destruction and anarchy is to abandon the basic rule-of-law principles that should unite us even in a politically divisive time.”

There have been clashes between protesters and federal forces in Portland, with the situation there escalating in the days following accusations the federal officers were hauling people away from the demonstration area without probable cause. Federal officials have defended the deployments as necessary to defend federal property such as the courthouse in the city.

Portland Mayor Ted Wheeler said Monday in sharing a letter from a group of mayors asking Congress to act to restrain the use of federal forces that “the actions taken in recent weeks have no place in this nation.”

“We demand that federal troops be removed from our cities and encourage Congress’ continued vigilance and action to pass legislation in both chambers to end this dangerous overreach,” Wheeler tweeted. “This Administration has shown no hesitation or remorse in playing the most toxic and damaging form of politics with the lives and livelihoods of the American people. We say no more. We say unequivocally Black Lives Matter.”

Lawmakers could also ask Barr about another instance of clashes between federal officers and protesters that took place June 1 in Lafayette Square, just across from the White House. The officers drove the protesters from the park with smoke bombs and pepper balls, shortly before Trump, accompanied by Barr and others, walked to a nearby church to pose in front of cameras.

That incident is the subject of another hearing Tuesday on Capitol Hill in front of the House Natural Resources Committee.

Adam DeMarco, a major in the District of Columbia National Guard, says in his prepared opening remarks to the committee that what he witnessed at the site was “deeply disturbing” to both himself and fellow National Guard members.

“Having served in a combat zone, and understanding how to assess threat environments, at no time did I feel threatened by the protestors or assess them to be violent,” DeMarco says. “In addition, considering the principles of proportionality of force and the fundamental strategy of graduated responses specific to civil disturbance operations, it was my observation that the use of force against demonstrators in the clearing operation was an unnecessary escalation of the use of force.”

DeMarco further says those protesting were fellow Americans peacefully expressing their rights, and that they were subject to “an unprovoked escalation and excessive use of force.”

Acting U.S. Park Police Chief Gregory Monahan is set to give a different perspective of the events, saying in his prepared testimony that during demonstrations at the park from May 29 to June 1, protesters threw “bricks, rocks, caustic liquids, water bottles, lit flares, fireworks” and pieces of wood at law enforcement officers.

“The unprecedented and sustained nature of the violence and destruction associated with some of the activities in Lafayette Park and surrounding park areas immediate and adjacent to the White House required de-escalation,” Monahan says. “On the whole, the United States Park Police acted with tremendous restraint in the face of severe violence from a large group of bad actors who caused 50 of my officers to seek medical attention. Our actions as an agency on June 1 centered around public safety and the safety of my officers.”