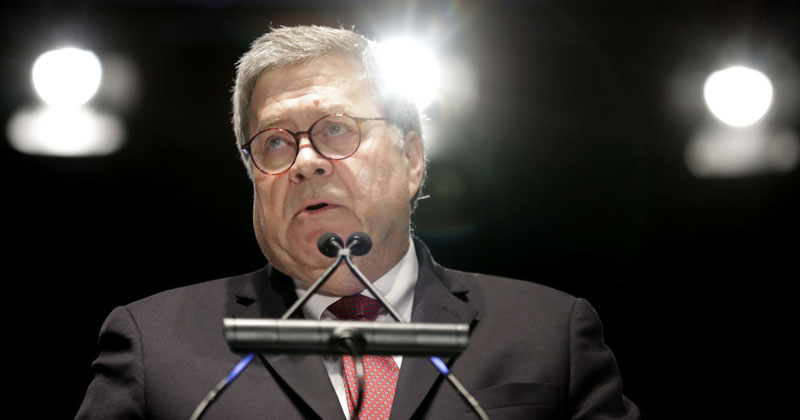 A DOJ internal review of the Russia investigation is now focusing on transcripts of (not-so) covertly recorded conversations between former Trump campaign aide George Papadopoulos and ‘at least one government source’ during an overseas conversation in 2016.

In particular, DOJ investigators are focusing on why certain exculpatory (or exonerating) evidence from the transcripts was not included in subsequent FBI surveillance warrant applications, according to Fox News, citing two sources familiar with the review.

“A source told Fox News that the “exculpatory evidence” included in the transcripts is Papadopoulos denying having any contact with the Russians to obtain the supposed “dirt” on Clinton,” according to the report.

And while Fox doesn’t name the ‘government source,’ it’s undoubtedly Australian diplomat and Clinton ally Alexander Downer, who was “idiotic enough” to spy on Papadopoulos with his phone, according to the former Trump aide.

Have been contacted by about a dozen Australian journalists for comment on Clinton errand boy, Alexander Downer, and him being idiotic enough to spy on me with his phone. The transcript of my meeting with him will show Australia was willfully trying to sabotage Donald Trump.

No gray area about the claim Papadopoulos was making here, is there? https://t.co/IAYQarAY5w

But Papadopoulos did not only meet with Mifsud and Downer while overseas. He met with Cambridge professor and longtime FBI informant Stefan Halper and his female associate, who went under the alias Azra Turk. Papadopoulos told Fox News that he saw Turk three times in London: once over drinks, once over dinner and once with Halper. He also told Fox News back in May that he always suspected he was being recorded. Further, he tweeted during the Mueller testimony about “recordings” of his meeting with Downer. -Fox News

It was on June 5 of this year that Papadopoulos made the claim that Stefan Halper **also** made an attempt to record their conversation on his cell phone. https://t.co/In0UvCPKOJ

“These recordings have exculpatory evidence,” one source told Fox, adding “It is standard tradecraft to record conversations with someone like Papadopoulos—especially when they are overseas and there are no restrictions.”

The recordings in question pertain to conversations between government sources and Papadopoulos, which were memorialized in transcripts. One source told Fox News that Barr and Durham are reviewing why the material was left out of applications to surveil another former Trump campaign aide, Carter Page.

Also under review by AG Barr and US Attorney John Durham of Connecticut is the actual start date of the original FBI investigation into the Trump campaign and Russian interference in the US election.

“Some of us have been fortunate enough to know whether or not those transcripts exist. But they haven’t been made public, and I think one, in particular … has the potential to actually persuade people,” he continued, adding “Very little in this Russia probe I’m afraid is going to persuade people who hate Trump or love Trump. But there is some information in these transcripts that has the potential to be a game-changer if it’s ever made public.”

According to the report, the transcripts are currently classified – however President Trump’s May order to approve declassification at AG Barr’s discretion means they may see the light of day. And even if not, the declassification allowed Barr to barge in on DNI Director Dan Coats’ office and demand the files.

A source told Fox News that without the declassification order signed by Trump, Director of National Intelligence Dan Coats was not going to give anyone access to the files—over concerns for protecting sources and methods. But another source told Fox News in May that Coats, along with CIA Director Gina Haspel and FBI Director Chris Wray, are all working “collaboratively” with Barr and Durham on the review.

Barr and Durham are also trying to pinpoint the actual “start date” of the investigation, according to a source. –Fox News

As passionately laid out by Rep. Jim Jordan (R-OH) during this week’s Mueller testimony, the FBI officially opened the Russia investigation after Papadopoulos told Downer about a rumor (told to him by Clinton Foundation member Joseph Mifsud) that Russia had ‘dirt’ on Hillary Clinton.

That said, some have suggested that the FBI probe began long before Downer’s report to intelligence agencies.

“The FBI claims the counterintelligence investigation of the Trump campaign began on July 31, 2016, but in fact, it began before that,” Nunes said. “In June 2016, before the investigation was officially opened, Trump campaign associates Carter Page and Stephen Miller were invited to attend a symposium at Cambridge University in July 2016. Your office, however, did not investigate who was responsible for inviting these Trump associates to the symposium.” –Fox News

“Maybe a better course of action is to figure out how the false accusations started,” said Jordan on Wednesday, adding “Here’s the good news—that’s exactly what Bill Barr is doing and thank goodness for that.”

Mike Adams joins Owen Shroyer to discuss the actual crimes and corruption in government, overwhelmingly represented by the Democrats.