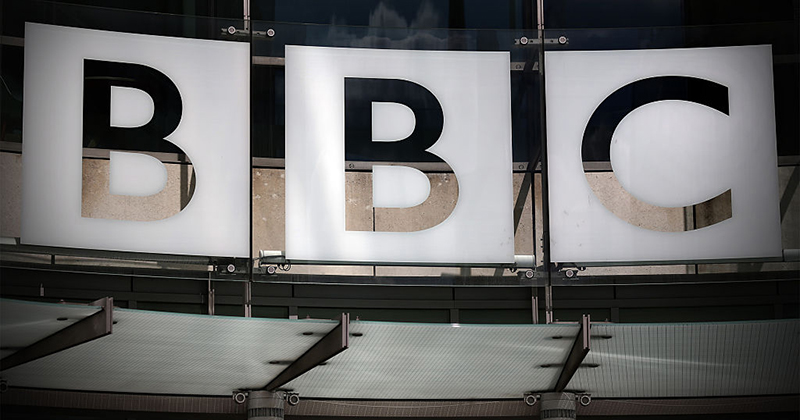 The BBC has stood by a comedian for ‘joking’ about “killing whitey” on Frankie Boyle’s show, claiming it was simply satirical content.

Sophie Duker appeared on Frankie Boyle’s BBC 2 show, “New World Order,” where she made the comments about “killing whitey.” Duker was responding to a clip of black author James Baldwin discussing the idea of black power in an interview from the 1970s.

“Whiteness is a capitalist structure, it benefits itself,” Duker said. “It hurts white people, it hurts black people, but still this kind of fear of a black alternative and its these rhetorics battled against each other, these extreme capitalist rhetorics of supremacy.”

Alex Jones breaks down the video showing a man defending his house from a BLM mob screaming threats, and the police decided to arrest him instead of the mob.

Ben Harris-Quinney, the chairman of the Bow Group, the UK’s oldest conservative think tank, drew attention to the clip in a tweet. Speaking exclusively to National File, he said that Frankie Boyle’s show is “just a roundtable of the type of people you’d find occupying the student union,” with no jokes, only “infantile conspiratorial Marxist drivel”:

This isn’t comedy, it’s racist, Marxist, incitement to violence, at a time when exactly this type of violence is spreading across the West. I have worked with pretty much every major media organisation in the West, and by far the most biased and dishonest in dealing with me as a conservative has been the BBC. What sticks in the craw most is that we in Britain are forced to fund it via taxation. I am paying someone to pop up on TV to insult me, my way of life, and then advocate for my murder. I’m very glad that I’ve been able to bring it to the attention of many BBC viewers who didn’t realise how bad it had gotten or what their BBC taxes were paying for.

Many others were furious at Duker’s anti-white comments, and chastised the BBC for allowing it to air.

This is horrible. It's not just unfunny, it's incoherent nonsensical Marxist gobbledegook. The white contributors nodding along supportively as this woman jokes about killing people who look like them is just plain sick. https://t.co/t05YbEvbdS

Why are the same commentators and blue tick pundits who heavily criticised me for not pushing back against Dr Starkey for comments he made on my show, not criticising the BBC for allowing this line to go unchallenged: "When we say we want to kill Whitey, we don't really. We do." https://t.co/B1y8fL1Efx

The BBC is broadcasting "comedy" where they "joke" about killing an entire race of people 'because capitalism'.

In what world is this acceptable? https://t.co/kGQDwnCRHi

However, the BBC stuck by Duker and her comments about killing whitey. “Frankie Boyle’s New World Order was shown after 10pm and its content is within audience expectations for a post-watershed, topical, satirical programme from a comedian whose style and tone are well-established,” the BBC said in a statement.

The controversy comes only a couple of weeks after Tim Davie, the incoming Director-General of the BBC, vowed to tackle left-wing bias in their comedy programming, in order to restore “trust and confidence” of the public in the corporation.