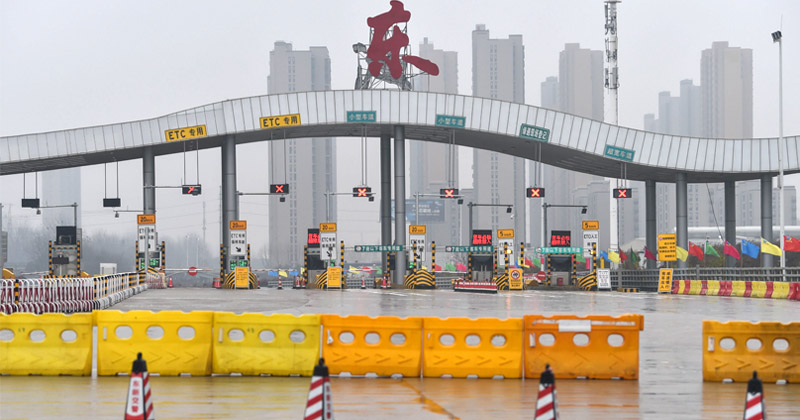 The Coronavirus outbreak will affect China’s ability to meet the demands of its recent trade deal with the Trump administration.

The outbreak that occurred just after the Jan. 15 trade deal has led to the unprecedented quarantine of tens of tens of millions of Chinese residents that will undoubtedly curtail the country’s economic output.

“As part of the phase one deal signed on January 15, China is obliged to buy US$200 billion in additional US imports over two years on top of pre-trade war purchase levels,” reported the South China Morning Post. “However, with the outbreak driving down commodity prices and placing huge swathes of Chinese territory on lockdown, analysts are warning that import targets that already seemed aspirational have become even tougher to reach.”

“The longer the crisis lasts, the worse the damage to China’s ability to meet the purchase target.”

The outbreak has already surpassed the 2002-04 SARS outbreak in south China by several metrics, a notable comparison as that previous outbreak led to severe economic problems for China.

“After killing at least 800 people and infecting over 8000, the total global economic loss due to SARS was estimated to near US $40 billion,” according to a study. “The Chinese bureau of statistics reported a 0.8% loss in GDP in 2003, mainly comprised of losses to the tourism, travel, hotel, restaurant, and retail industries.”

“Much of this impact was due to consumer fears given the ease of transmissibility of the virus in public settings.”

Markets in China are closed until at least Monday in addition to international travel that has already been severely curtailed.

“The viral outbreak definitely throws a wrench into those [purchasing] plans, not just in terms of logistics – as major ports and transport links are closed or disrupted – but also in [terms of] policymaker attention,” said Nick Marro with The Economist Intelligence Unit in Hong Kong. “The country will be mobilizing most of its resources to handle the outbreak, which is now the top item on the policy agenda.”

“The trade war with the US inevitably has to come second.”