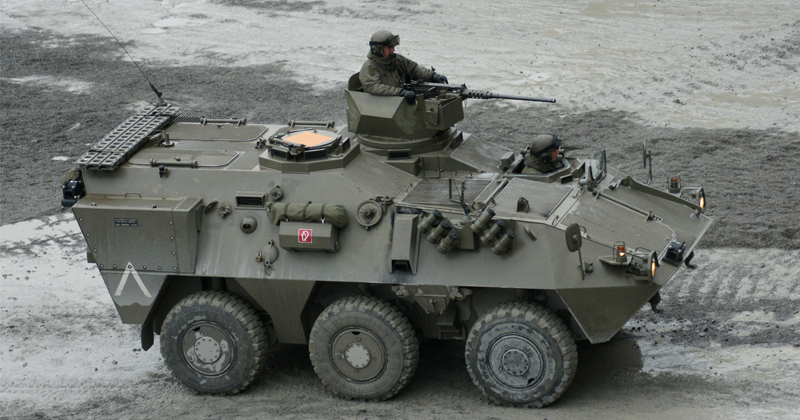 The Belgian military decided to upgrade its fleet of Pandur APCs with new bomb-proof armor and air conditioning; The only problem is, now about 85 percent of its troops can’t fit in it.

Belgium is reportedly spending €31 million ($34.4mn) on a safety upgrade for its fleet of 44 Pandur Armored Personnel Carriers (APCs) according to Belgian media citing Ministry of Defense documents. The vehicles are to be used as reconnaissance units or as a medevacs, and were built to carry nine people. There is, however, one glaring catch.

“Four of the five crew members must be smaller than 1.70 meters to be able to work with the vehicle,” said Belgian Green politician Wouter De Vriendt, highlighting that the upgrade essentially excludes 85 percent of the country’s soldiers from operating it, while calling it a “fiasco” and a waste of taxpayer money.

The maximum driver or gunner height is now restricted to 1.70m (5ft 7in) as a result of the alterations, but the average height among Belgian men, frequently listed among the world’s tallest, is 1.81m.

As the military admitted, the vehicles did not have sufficient protection against IEDs and roadside bombs necessitating a second, raised floor, as well as the addition of air conditioning units for planned foreign operations including an expected deployment to Mali in 2021.

However, to add insult to injury, the upgrade caused issues with both the brake pedals and the vehicles’ steering mechanism, as well as impeding entry and exit.

The country’s Ministry of Defense claims that only €1.7 million of the €31 million total had been paid out for the upgrade so far, while the defense minister’s chief of staff, Major General Peter Devogelaere, stated that height restrictions were common in the military, referring to the 1.95m max and 1.62m minimum height for F-16 fighter pilots.