Yes, Canada wants to jail you for what they deem ‘transphobia,’ just because…it’s Canada. We thought fines starting at $250,000 in New York City was ridiculous. But Canada? They saw that as a challenge and are going with a 2-3 year jail sentence. It’s a race to see who can be the most hateful of free-speech. So far Canada is winning, but give NYC a chance.

All these fines and jail sentences? They’re in the name of tolerance. Plus, it’s only free speech if the government tells you it’s free speech…

Citing the need to make transgender people “feel safe and secure in who they are,” Canada’s Minister of Justice Jody Wilson-Raybould introduced legislation Tuesday that would prohibit discrimination on the basis of “gender identity” or “gender expression” and make anti-transgender “hate propaganda” punishable by up to two years in prison.

The proposed legislation — which was unveiled on the International Day Against Homophobia, Transphobia, and Biphobia — would amend the Canadian Criminal Code to expand existing “hate speech” prohibitions to include any public speech or communication that “promotes hatred” on the basis of “gender identity” or “gender expression.”

An identical ban on anti-gay “hate propaganda” has been in place for several years and has caused problems for Christians who oppose gay marriage. In 2013, the Canadian Supreme Court upheld the conviction of a Christian street preacher for distributing fliers denouncing homosexual behavior.

Side note, am I the only one creeped out by someone calling themselves the “Minister of Justice?” I guess one can put “minister” in front of anything these days. Still, the image calls to mind a famous, dark-hooded figure carrying a scythe.

Seriously though, instead of half-assing it, why doesn’t Canada just full-ass it and go the full commie with re-education camps?1 Or maybe that’s what they’ll do post prison time. Parole just isn’t what it used to be, now it comes with training on men in dresses, and women who think they’re men but still have their menstrual cycles in the mens’ rooms.

Make sure re-education camp also involves making girls comfortable around strange men’s penises too. Because as we all know, it’s their problem if they have a problem and NOT the man who thinks he’s a woman.

All this to say, here we are as a Western society. Rules, laws and sanity are being re-written for a fraction of a percentage of people who are afflicted with gender dysphoria. If you dare say the person afflicted with gender dysphoria isn’t what that afflicted person says that person is, YOU are the one punished. Ben Shapiro is famous for saying “facts don’t care about your feelings.” But I’m going to raise him one. Feelings don’t care about facts. Feelings punish facts.

Word of advice to my fellow sane people in the mandatory insane-accepting asylum? Do not cave in on this one. Attempts to control our speech over a tranny, here or in Canada, is just that: thought control, speech control.

You’re not the crazy one. 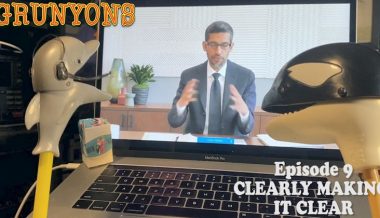 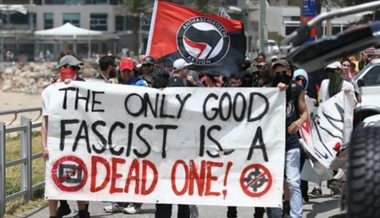