The big news out of Europe this morning, and the reason for the drag on the euro is an article in Der Spiegel, “Merkel’s rules for bankruptcy” according to which Germany is now actively (and very secretly) pushing for a plan outlining a set of insolvency rules, which would require that private investors bear a portion of the rescue burden, and much more importantly, would see at least a partial give up in state sovereignty, where a new insolvency trustee (the “Berlin Club”, which we fail to see at least for now, how it differs from the Paris Club) would take implicit control over and override a default nation’s treasury, in essence pushing the bankrupt country into a form of Feudal vassal state-cum-reparations subservience. Welcome to financial warfare in the post-globalization period.

The first national bankruptcy on European soil in decades was only prevented because the remaining countries in the euro zone came to the aid of their faltering fellow member with billions in loans and loan guarantees. The chancellor, determined not to allow the Greek debacle to be repeated elsewhere, proposed the establishment of a procedure to ensure “orderly national bankruptcies.” The German chancellor hoped that the plan would create “an important incentive for the euro-zone members to keep their budgets under control.”

Finance Minister Wolfgang Schäuble, in complete agreement with Merkel, said: “We have to think about how, in an extreme situation, member states could become insolvent in an orderly fashion without threatening the euro zone as a whole.”

The main reason for the initiative is, of course, Germany’s taxpayers’ increasing dissatisfaction with the growing financial burden they are forced to shoulder as more and more European countries succumb under the need to resort to a bailout of some sort:

The effort is necessary, because important safety measures to protect the common currency are not working. The Stability and Growth Pact, which was intended to nip excessive government borrowing in the bud, proved to be largely worthless. Some of the monetary union’s ironclad principles were ignored, including a rule that prohibits member states from coming to the aid of others in financial difficulties. It was only with political tricks of questionable legitimacy that the euro-zone countries managed to ward off the crisis in the short term, but by no means has it been overcome. German taxpayers, in particular, could face enormous burdens if the current measures fail. Under the provisions of the bailout package, Germany has pledged up to €170 billion.

With her plans for orderly national bankruptcies, Merkel intends to eliminate these vulnerabilities within the monetary union. She hopes to install a procedure under which a bankrupt country could be restructured in the future. She also wants to prevent the rescue program from becoming a permanent fixture in the future and, as a result, a chronic threat to the German federal budget.

The reason why this new “resolution” approach has not gained a much broader mainstream media coverage is that Merkel, afraid it may send a wrong vote of no confidence signal to the European bail out plan, is working under strict secrecy:

Despite the urgency of the problem, the German government must take a cautious approach. The chancellor is worried that her deliberations could be seen as a vote of no confidence in the European bailout package, which is why she is treating the plans with such secrecy. Less than a dozen experts from various parts of the government are even familiar with the matter.

Her goal is to structure the plans as a further development of, rather than an alternative to the bailout package. Work on the project has already made a lot of progress. A concept based on preliminary work carried out by the Finance and Justice Ministries is already being circulated at the Chancellery.

If the plans are implemented, banks and investors will not be the only ones bearing the burden when countries in the euro zone encounter financial difficulties. The debt-ridden countries themselves will also have to make substantial sacrifices, and their governments will cede some of their power. The experts propose a two-step procedure. In describing the goals of this approach, Schäuble says: “Whenever a company files for bankruptcy, the creditors must relinquish a portion of their claims. The same should apply in cases of national bankruptcy.”

So the next logical question once a country enters into bankruptcy mode, is who will be the trustee? Merkel already has a plan for that too – the Berlin Club.

A newly established Berlin Club would serve as the “international guarantor.” The German government experts see this organization as an “apolitical and legally independent entity.”

The plans build on existing institutions involved in international debt settlement. While the Paris Club regulates debt restructuring among nations, the London Club specializes in liabilities between banks and countries.

The German government hopes to bridge a gap with its proposal. The Berlin Club would concentrate on government bonds and the associated derivative securities. The members of the club could be recruited from within the G-20 group of industrial and emerging nations. Another possibility would be to establish the club within the framework of the euro zone.

The International Monetary Fund (IMF) would be involved in the debt refinancing from the outset. The German experts see the IMF playing a key role. If representatives of the Washington-based organization determine that debt forgiveness and restructuring have failed, then the second phase of the procedure kicks in.

Yet the main reason why this plan is sure to be met with howls of protest is that as a result of Berlin Club intervention, the insolvent government would become a de facto vassal state of the Berlin Club and its power interests.

It amounts to a complete refinancing. According to the concept, “this will require restrictions on sovereign discretionary powers.” In other words, the government of the affected country would no longer be able to fully dispose of its own treasury.

It would be replaced with “an individual or group of individuals familiar with the regional characteristics of the debtor nation,” which would safeguard the financial interests of the bankrupt country. The Berlin Club would have the authority to appoint these individuals.

The concept toughens the stance, particularly toward creditors, but also toward the debt-ridden country. If it is implemented, it will amount to an institutionalized disempowerment of a debtor nation’s government by the IMF and the new Berlin Club, at least in its final stage. This prospect alone could have a disciplining effect on overspending governments.

But the concepts would also represent an imposition on international donors. Until now, conventional bailout programs like the one devised for Greece have been based primarily on the notion that a cash-strapped government receives public funds from other countries, while private donors are not asked to waive their claims. To put it simply, taxpayers in countries with reasonably healthy government finances, particularly Germany, have taken the place of banks and private investors that have extricated themselves from ailing economies. This would no longer be the case in the future.

The growing rift between Europe’s core and periphery will be critical to observe, and as the Spiegel speculates, is sure to further strain relations between Germany and the currently insolvent nations:

Countries immediately or potentially threatened by insolvency, like Greece, Portugal and Spain, will be up in arms against the proposals from Berlin. Why should they agree to rules that would make it easier for the remaining euro countries to deny them aid in an emergency?

But the German government is determined not to be the paymaster for Europe’s debt transgressors in the long term. Officials at the Chancellery and Finance Ministry fear that otherwise the German public’s support for the euro and the EU would be undermined.

In developing their scenarios, the government experts assume that other potential donor countries share their concerns. The governments of France, Finland and the Netherlands are likely to be just as interested in private creditors and debtor nations bearing a portion of the burden.

As more and more nations in Europe succumb to the inevitable collapse of their overindebted economies, and with austerity sure to prevent a pick up in economic growth, will the only possible outcome soon be a return to Feudal europe where the less developed hinterlands become gradually subsumed by the wealthier core, and in which a certain percentage of all sovereign debt issues are immediately channeled back to the Berlin Club members? Is “insolvency reparations” going to be the 21st century equivalent event that triggered the reparation-driven toxic spiral in Weimar Germany culminating with hyperinflation and World War 2? If so, look for much more fireworks out of Europe as soon as the summer doldrums pass. And, as always, any abnormally tightening European sovereign CDS should be actively purchased on any dip – the real fun is only just starting. 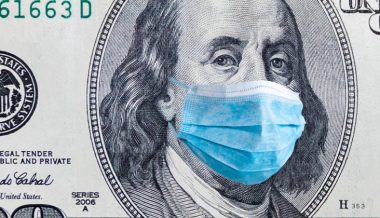