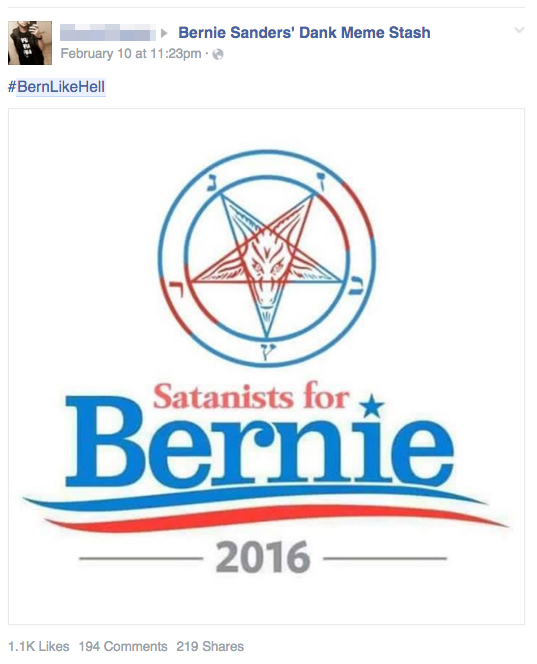 In a highly popular pro-Sanders meme group created on Facebook, a post with an image stating, “Satanists for Bernie 2016,” has received over 1,100 likes and more than 200 shares.

Several members of the Bernie Sanders’ Dank Meme Stash cautioned the image looks bad for the campaign and asked for it to be removed. 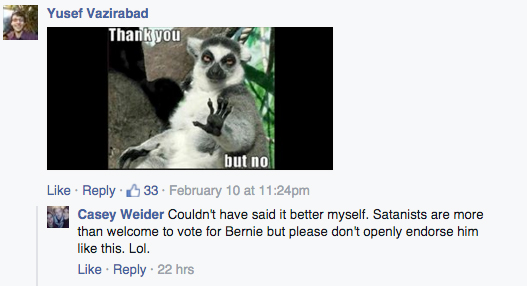 But many, many others embraced the supposed endorsement.

While the image’s creator is unknown, it is discussed in the comments that the Church of Satan, a central hub of satanic worship, has not officially endorsed any candidate for president. 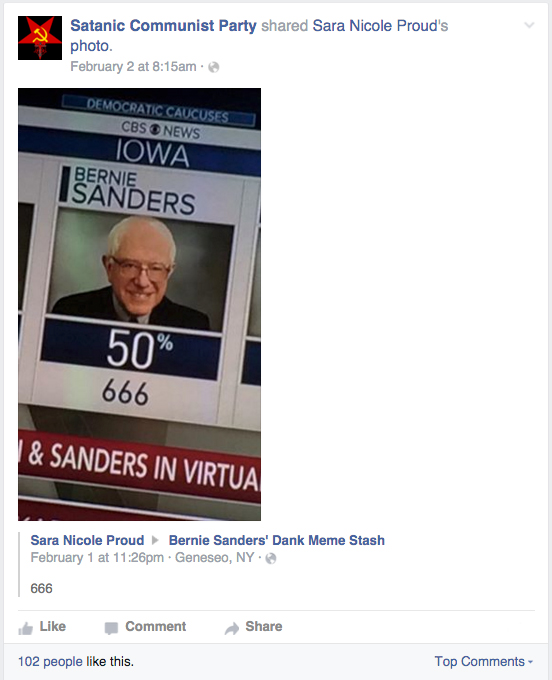 While supporters attempt to distance Sanders’ brand of socialism from Communism, revolutionaries instrumental in shaping the ideology, in particular Vladimir Lenin, have openly admitted, “The goal of socialism is Communism.”

In a 1986 book entitled Marx & Satan, author Richard Wumbrand, who was imprisoned for 14 years by the Communist government of Romania for espousing Christian beliefs, demonstrates through direct quotes that the man credited as the father of Communism crafted the ideology with inspiration from the powers of darkness and with the intent to destroy religion.

“The good of the workers was only a pretense. Where proletarians do not fight for Socialist ideals, Marxists will exploit racial differences or the so-called generation gap. The main thing is, religion must be destroyed,” wrote Wumbrand.

“Marx believed in hell. And his program, the driving force in his life, was to send men to hell.”

Watch: Alex Jones goes in-depth on the origins of the Illuminati and how it was created to subvert and destroy humanity.