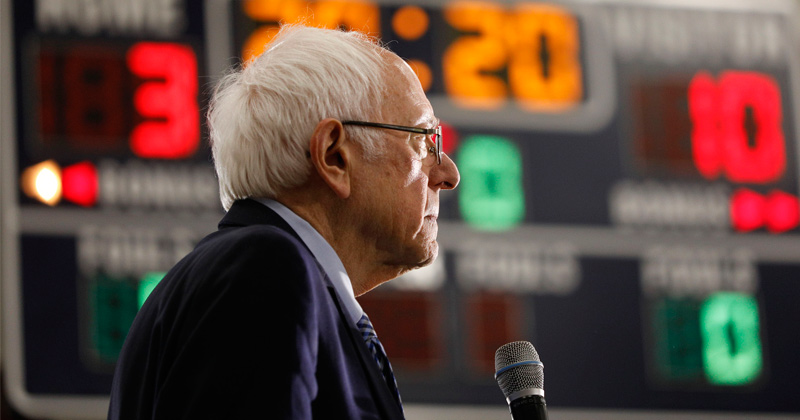 Update: Sanders confirmed he’s staying in the race to debate Biden on Sunday.

Bernie Sanders announced a 1pm EST press conference on Wednesday to discuss the future of his campaign after a series of stinging losses over the past week.

While some believed this was Sanders signaling the end of his campaign, another source said that the self-described ‘democratic socialist’ would actually stay in the race.

NEW: A source with direct knowledge of @BernieSanders plans tells @CNN at his 1p press event, Sanders is expected to say he is staying in the race and looks forward to a debate w/ @JoeBiden.

Sanders suffered a serious blow after Biden pulled ahead with a decisive lead with primary wins in Michigan and other states, a lead which might be unsurmountable for Sanders.

Sanders’ collapse began on Super Tuesday when Biden came out of no where to steal momentum from then-frontrunner Sanders, and then Biden pulled ahead with the decisive Michigan win.

The ‘democratic socialist’ had struggled to stay competitive in states holding primaries instead of caucuses, the latter of which was his strength in both 2016 and now.

Biden also likely got a boost from Democratic Party insiders who preferred his candidacy to that of Sanders.

For one thing, Biden’s closest ideological rival, Pete Buttigieg, dropped his campaign at the right time for Biden to enjoy a momentum swing heading into Super Tuesday.

In contrast, Elizabeth Warren, whose ideology overlapped Sanders, stayed in the race past Super Tuesday and secured votes analysts suggested would have otherwise went to Sanders.

Some have suggested this was orchestrated in backroom deals by party insiders who were worried that a Sanders candidacy would hurt down-ticket Democratic candidates, and thus hurt the party’s ability to hold the US House.

Additionally, other have also suggested that a lack of youth voter turnout has hurt Sanders, whose entire campaign was bolstered by enthusiastic young adults who supported him on social media but didn’t actually show up to the voting booth.