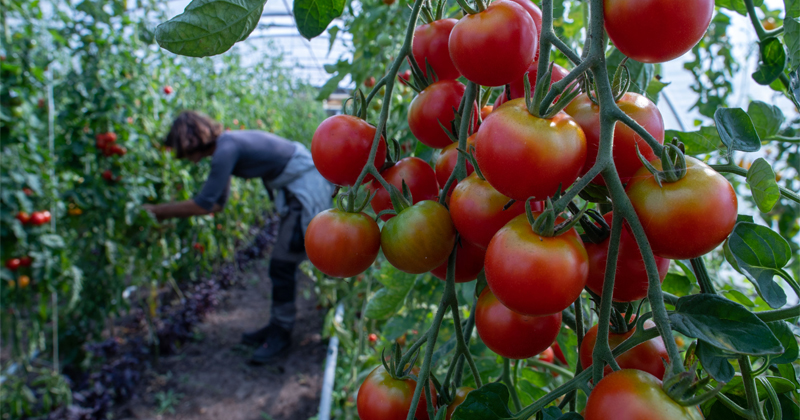 Make no doubt about it: it’s now trendy to be the most planet-loving, alternative energy supporting, climate-changing fighting Captain Planet that you can be.

And what would being a friend to environment be without sanctimoniously ridiculing those who disagree with you or aren’t on your level of sustainability? Just ask Greta Thunberg.

But, as often happens with virtue signaling, the reality of the matter is far askew from how pretentious environmentalists present it. In fact, RT reports that avoiding all of the “green” eco-friendly products available on the market could be the best way to help the environment.

Often lost in the fray is the fact that the fight against climate change is going to make some people very wealthy. The world will invest $90 trillion in new infrastructure in order to fight climate change over the next 10 to 15 years, as reports show that consumers will pay more to buy “sustainable” earth-friendly products. Unilever says that a third of consumers buy based on a brand’s environmental impact. A fifth of consumers favor “green messaging”, the same data shows.

But not all products billed to be friendly to the environment actually are. For instance, organic farming “isn’t the planet-saver it’s promoted as, according to a study published last month in Nature Communications.”

The study shows that farming crops like beans, potatoes and oats organically creates more emissions over the entire course of the farm-to-table cycle than farming conventionally. “Trying to get all of Britain eating organic would create an environmental catastrophe,” said researchers at Cranfield University.

Organic farming actually requires more land than conventional farming because it yields a smaller harvest per crop. The Cranfield University report show that if England and Wales switched to organic farming, they would need five times as much land for agriculture. Shipping would drive carbon costs sky high, despite the benefits of soil and water health improving dramatically without the conventional runoff from regular farming. Lowering emissions, however, would be “impossible without a major shift in diet”.

This puts farmers into a precarious position, RT notes:

This places farmers in the uncomfortable position of having to choose between protecting biodiversity – popular neonicotinoid pesticides have been implicated in the mass death of bees, which are critical to maintaining adequate food supply via pollination – and lowering emissions. A one-size-fits-all approach is unlikely to work. While organic farming represents just 1.4 percent of total world farmland, the industry has mushroomed over the past decade, worth $97 billion annually as of 2017.

Other renewable energy, like solar, is also not as “green” as it sounds. Solar panel manufacturing is a “toxic mess”, as panels are produced using “carcinogenic, mutagenic heavy metal cadmium and requiring billions of liters of water to manufacture and cool”.

Electric vehicles also have a dark side: more energy is consumed in the production of electric cars than of gas cars. Meanwhile, a 2011 study showed that the carbon footprints of both vehicles are “about the same”. EVs may not produce emissions while driving, but the piece notes what we all know: they are only as green as the electricity that’s used to charge them.

Additionally, batteries in EVs are loaded with toxic chemicals, like lithium, copper and cobalt. The mining of these substances is devastating to the environment and batteries need to be disposed of in a way that does not allow them back into the environment.

Meanwhile, biomass and biofuels also generate more carbon emissions than fossil fuels to create the same amount of energy. Substances that burn under the guise of “biomass” often can include anything from timber waste to garbage, and can often times litter the atmosphere with pollutants. Even burning clean wood often means cutting down trees.

Even the old adage of paper over plastic has its downside. Paper bags generate more air and water pollution than plastic and actually require more energy to recycle. They take up more space in landfills and require more fuel to ship. “Consumers who believe they’re saving the earth by requesting paper bags at the supermarket (and municipalities who think banning plastic is the answer) are sadly misguided,” the piece notes.

Meanwhile, plastic is in everything.

Philipp Sapozhnikov of the Shirshov Institute of Oceanology said: “Plastic is cheap to manufacture. Its microparticles are in cosmetics, in detergent, in exfoliant scrub, even in the ‘environmentally friendly’ one, too. A proposed EU ban on microplastics in cosmetics earlier this year sent cosmetic brands scurrying to oppose it, hinting that the billions it would cost the industry would be passed on to consumers.”

But companies are still scrambling to look as green as possible – eager to give the consumer the idea that they’re making a difference when they’re really not.

Andrew Revkin, founder of Columbia University’s Initiative on Communication and Sustainability said: “We all have this tendency, if you’re facing a big complicated issue like climate change or saving the rainforest, if you do one thing, like turn out the lights when you leave a room or recycle, it makes you feel like you’re off the hook. I think there’s a big tendency in human nature just to pull back from really big issues, because…they require systems change. We’re not going to solve the climate crisis by turning out the lights.”

Will Fowler, creative director for Headspace concluded: “Brands are allowing people to pat themselves on the back without them personally having to sacrifice anything.”

And they’re happy to take your money while they’re doing it.

The Fallacy Of Public Education

Dr. Nick Begich breaks down the fallacy of the government training institutions where we are compelled to send our children.